Review: The Paranoid Style Make the Trump-Era Send-Up of the Year on ‘Rolling Disclosure’ 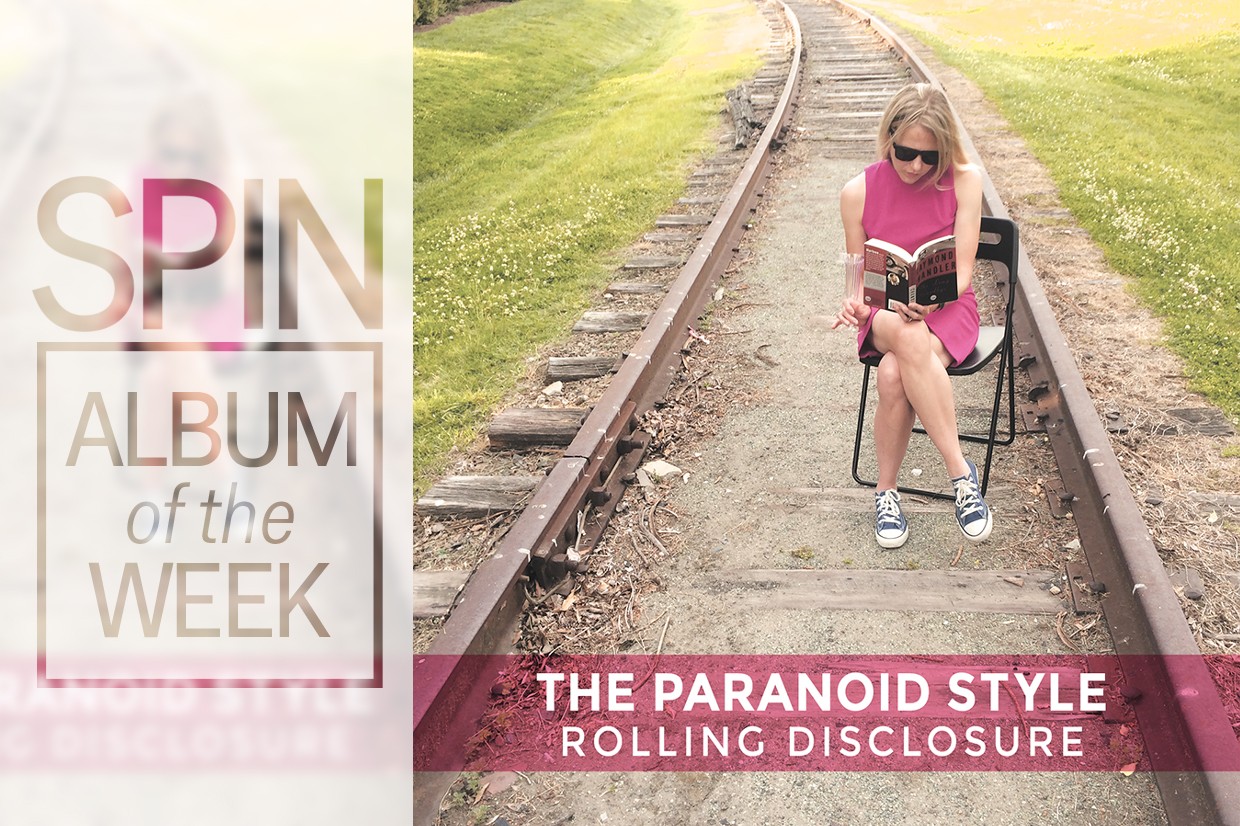 “American politics has often been an arena for angry minds.” So wrote Richard Hofstadter in “The Paranoid Style in American Politics,” his seminal 1964 Harper’s essay, penned against the backdrop of an ascendant Barry Goldwater, still timely 52 Novembers on. No doubt singer Elizabeth Nelson and guitarist Timothy Bracy swiped Hofstadter’s title for their gleefully contrarian Stiff Records-meets-pop-punk project the Paranoid Style partly because it scans better than, say, the Presentation of Self in Everyday Life. But as former lobbyists and sometime rock critics, the D.C.-based Nelson/Bracy also know their damn stuff, with an eye for realpolitik and ears for the semi-pop canon.

Burkean conservatives up to a point, they despise dead-end ’60s utopianism, the abuses of late-stage capitalism, and quote-unquote boomer bastards. They dig things, too: free will, open cultural exchange, and the right to scoff. Thus they embrace a political worldview irreducible to hashtagging — if 2015’s Rock and Roll Just Can’t Recall EP kicked off with a rousing examination of a Seventh Day Adventist-derived end-of-days conspiracy (“National Sunday Law”), Nelson makes clear she holds Hofstadter himself in suspicion as an elitist social scientist (behold the steely-eyed skepticism in a line like “the possibilities always have an end”).

Still, paranoia strikes deep, and this band’s full-length debut, Rolling Disclosure, arrives as a welcome summertime apéritif to this autumn’s five-course general election feast. But agitprop it ain’t. These are doomsday anthems primed for a sock hop: Elvis Costello & the Attractions dance party, not Rage Against the Machine bullhorn. Over the course of a few cassette releases and digital EPs, they’ve coalesced into a muscular little outfit. Aided by various acquaintances from Brooklyn garage-dwellers the A-Bones and moonlighters’ collective Minus 5, the drummer takes off, pianos crash, and a bemused all-male Greek chorus mugs along. Bracy’s guitar tone has thickened, too, crunching between both channels with such punk verve it’s like Paul Weller rediscovered his Mod roots. And amid the throttling woo-woo’s of “Common Emergencies,” Thunders/Johansen stomp of “Daniel in the Basement,” and the bruised indie balladry of “Cathedral Lows,” Nelson’s vocals have settled into something comfy — Debbie Harry’s super-cool detached sass.

Wearing their rock-crit credentials with pride, the Paranoid Style close with a thematically appropriate Wreckless Eric tune, weave in allusions to Holly of Miami F.L.A., and snicker about keeping up with the Joneses and Strummerses. The literary references don’t quit, either: The band’s Bar/None web page cites Nobel Prize-winning luminaries Saul Bellow and Harold Pinter, while Nelson positions herself on Rolling Disclosure’s cover relaxing inside a railroad bed with a little Raymond Chandler (The Long Goodbye, Vintage Crime/Black Lizard edition).

But these wry-brow nods never overwhelm the band’s hookcraft or wordplay, the latter showcased via cavalcades of puns and epigrams. “Lola on a Leash” vents spleen in a manner positively 4th Street-ian (“I don’t care for your beliefs;” “I’m not your fan, I’m not your peer”), “Casual Water” shuts the conversation down (“You call it murder like that’s some kind of crime”), and “The Thrill Is Back!” drops a loaded question: “Who among us doesn’t like a public shaming?”

There’s plenty more to parse in these hefty 30 minutes among laff-lines taking aim at the pundit class and booboisie alike (start with “I used to count on labor, now I have to work”). Despite claiming “If there’s one thing I don’t appreciate, it’s a sense of humor,” comedy is clearly something Nelson takes seriously. After all, she’s read her Hofstadter — “The paranoid mind is far more coherent than the real world.” Her variation on that thought proves an acidic couplet for our scaremongering times: “Magic, fear, and superstition / Are just what pay the bills.”