It's apparently a "national security issue" 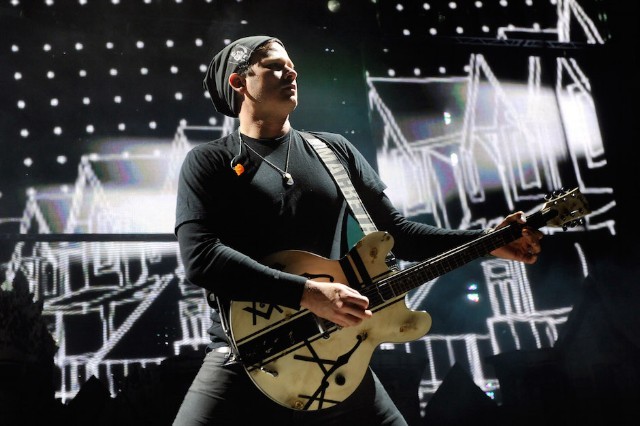 Blink-182’s upcoming album California will be a Tom DeLonge-less affair, as we already know. After parting ways with the band, the guitarist has kept busy by releasing music and penning a novel about the threat of UFOs. As it happens, DeLonge seems to be far more concerned with the latter.

In a new interview with Mic, DeLonge says that he quit Blink-182 to focus on a “national security issue,” specifically UFOs. Dealing with extraterrestrial dangers and the grind of touring with the band was too much for DeLonge.

“When you’re an individual like me,” Delonge says, “dealing with something that’s a national security issue, and you’re being gifted with the opportunity to communicate something you’ve been passionate about your whole life — something that has the opportunity to change the world over time — being a small part of that is enormously important for my life path. But I can’t do everything. I can’t tour nine months out of the year with enough time to do the enormity of what I’m setting out to do.”

DeLonge’s relationship with the band hasn’t been entirely clear since the split in January 2015. Mark Hoppus and Travis Barker said that his manager confirmed that DeLonge “didn’t want to participate in any Blink-182 projects indefinitely,” but the guitarist later claimed in an Instagram post that he “never quit the band.” DeLonge said last April that he and the group do have a future together, but the fact remains that he’s been replaced by Matt Skiba and isn’t involved in California, which drops on July 1.