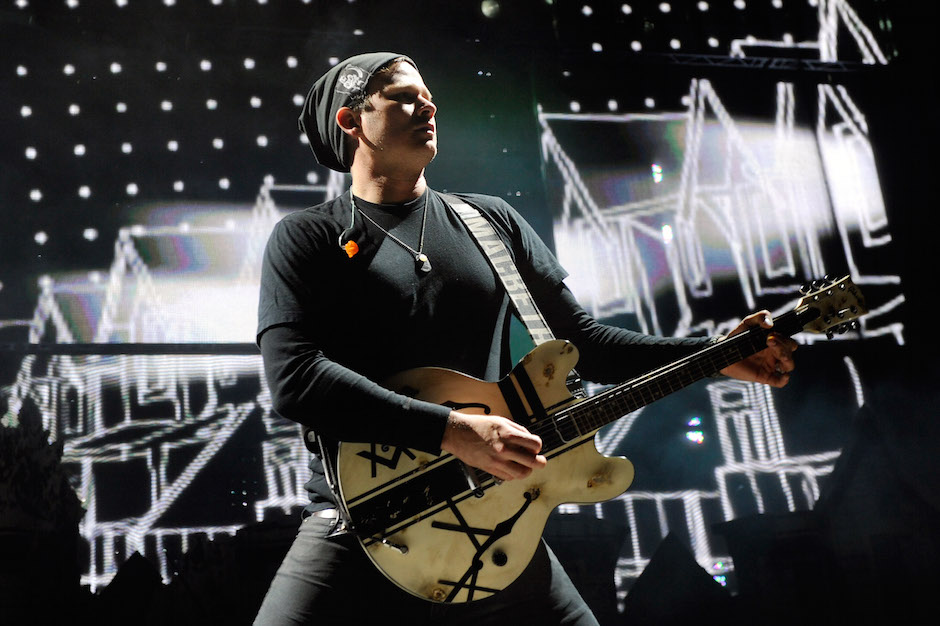 Update: Tom DeLonge has responded via an Instagram post, which is below, claiming ” I never quit the band.” The future of Blink-182 seems unclear at the moment, but we’ll report back when we know more.

Hello there, the angel from my nightmare: Tom DeLonge, Blink-182’s singer-guitarist, has quit the band in pursuit of “non-musical endeavors.” In a statement to Radio.com, the band’s other members — Mark Hoppus and Travis Barker — had this to say:

We were all set to play this festival and record a new album and Tom kept putting it off without reason. A week before we were scheduled to go in to the studio we got an email from his manager explaining that he didn’t want to participate in any Blink-182 projects indefinitely, but would rather work on his other non-musical endeavors. No hard feelings, but the show must go on for our fans.

Blink-182 had already committed to play several festivals this year, including California’s Musink Festival, where the trio will be rounded out by Alkaline Trio singer Matt Skiba, according to the event’s poster.

This is the second time DeLonge has strayed from Blink: In 2005, the pop-punk outfit went on hiatus following creative and personal tension between DeLonge and the other members. The band announced their reunion in early 2009, and released their sixth album, Neighborhoods, in 2011. They also issued a five-track EP, called Dogs Eating Dogs, in late 2012.

Feel free to mourn the loss of Blink-182 by revisiting the video for their 2003 track “I Miss You.”

To all the fans, I never quit the band. I actually was on a phone call about a blink 182 event for New York City at the time all these weird press releases started coming in… Apparently those releases were ‘sanctioned’ from the band. Are we dysfunctional- yes. But, Christ….. #Awkward #BabyBackRibs