"I think there are going to be a lot of people who aren't going to believe it." 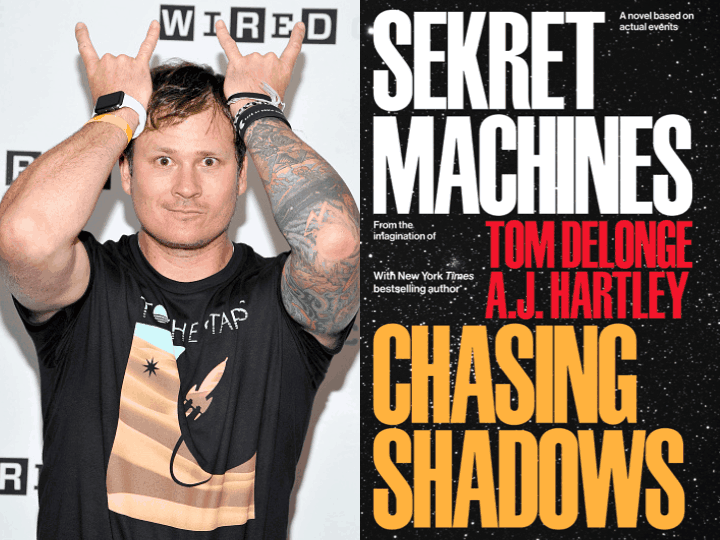 “I think there are going to be a lot of people who aren’t going to believe it. They won’t take a minute to read some of the material. They’ll hear ‘Oh, Tom’s doing some alien, flying saucer thing,'” DeLonge said in a new interview with GQ. “That’s not what this is. This is a big deal.”

According to DeLonge, Chasing Shadows is fiction, but only partly: the novel invents characters to introduce purportedly true stories, like UFO sightings and rumored Nazi super-weapon and/or antigravity device Die Glocke. Why write fiction? The intent, DeLonge said, is to gently ease readers into ideas they might find hard to believe: “The enormity of what’s being told might hit people in a weird way if it was just laid on their lap all at once,” he explained.

In the interview, GQ’s John Lockett gamely meets DeLonge on his own level (that is, the next one). A sample:

What is it that drives these high-ranking Department of Defense guys to talk to you about this stuff?
It took a while. I took very strategic steps to earn their trust and to explain what this project could do and how I would unravel it. I mean, I did four-hour presentations in front of very high-ranking officers about how I was going to do all this. Then I would present my views of what the phenomenon is and what it’s doing. What I believed about those elements was very different from what pop culture believes. I wasn’t just regurgitating Sunday afternoon Ancient Alien shows.

If you’re ready to travel down this hole, Chasing Shadows comes out April 5 and is currently available for pre-order. It includes an “Exclusive Sekret Machines Craft Guidebook” and a digital EP credited to Angels & Airwaves.