FarmBorough Festival will not return to Randall’s Island in June of 2016.

All of us at FarmBorough Festival appreciate the support we have received, but conditions dictate that we redirect our energy at this time. 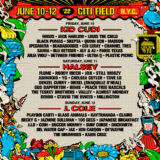 We appreciate the opportunity you afforded us to present FarmBorough in New York City, and apologize for any inconvenience.

Information about getting tickets refunded can be found here.

No specific reason was given for the cancellation, but Founders Entertainment has been facing some trouble recently. AEG Live, the company behind Coachella, is attempting to throw a music festival of their own in New York City as well, tentatively called Panorama. Founders has been pushing back, arguing that the market for festivals isn’t big enough to support two massive ones back-to-back, and that the better-funded AEG Live festival will likely signal the end of Governors Ball.