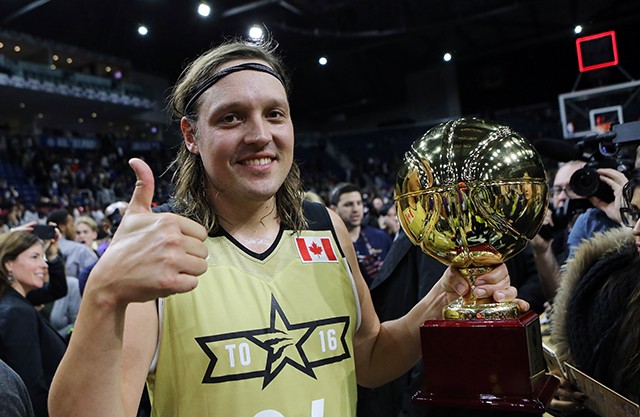 Arcade Fire’s Win Butler got shut down while trying to bring up some big issues on national television Friday night.

Butler was receiving the MVP Award at the NBA Celebrity All Star Game in Toronto following his Drake-coached team’s victory over the American squad for the second straight year, 74-64. Butler himself posted a double-double with 15 points and 14 rebounds.

Speaking to ESPN’s Sage Steele after the game, Butler received his award saying, “I just want to say as an election year in the U.S., the U.S. has a lot they can learn from Canada — health care, taking care of people…”

At which, the cut-to-commercial music started playing and Steele pulled the microphone away to interject, “We’re talking about celebrity stuff, not politics.”