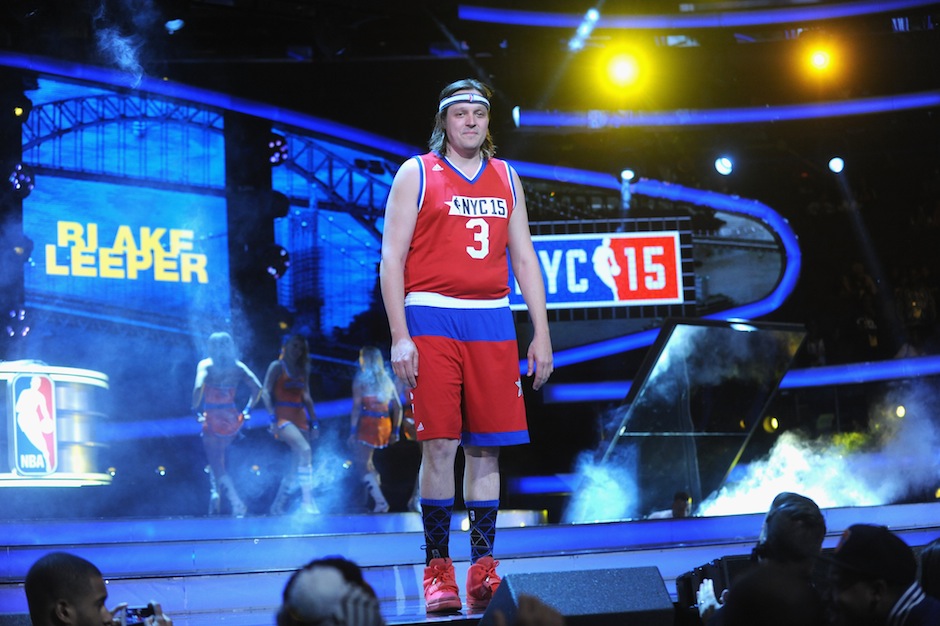 Arcade Fire’s Win Butler, aka DJ Windows 98, aka the newest barista at La Colombe in New York City, has long proven to be a man of many talents, but Friday night he put his basketball skills on display again in the Sprint NBA All-Star Celebrity Game. Butler played for the West alongside The Fault in Our Stars’ Ansel Elgort, Little League baseball standout Mo’Ne Davis, and Tulsa Shock player Skylar Diggins. Kevin Hart played for the East with Common and Atlanta Dream player Shoni Schimmel.

Butler ended up pulling down an outstanding 12 rebounds and scoring 8 points while his team rallied to a 59-51 victory, all while wearing a pair of the same Yeezy Red Octobers he occasionally wears on stage (as ArcadeFireTube points out). You can check out some video below of the sort of moves that Butler has.

Win Butler balling tonight in his Red Octobers (by @kanyewest) he also wears on stage. pic.twitter.com/odkSGxWDEV