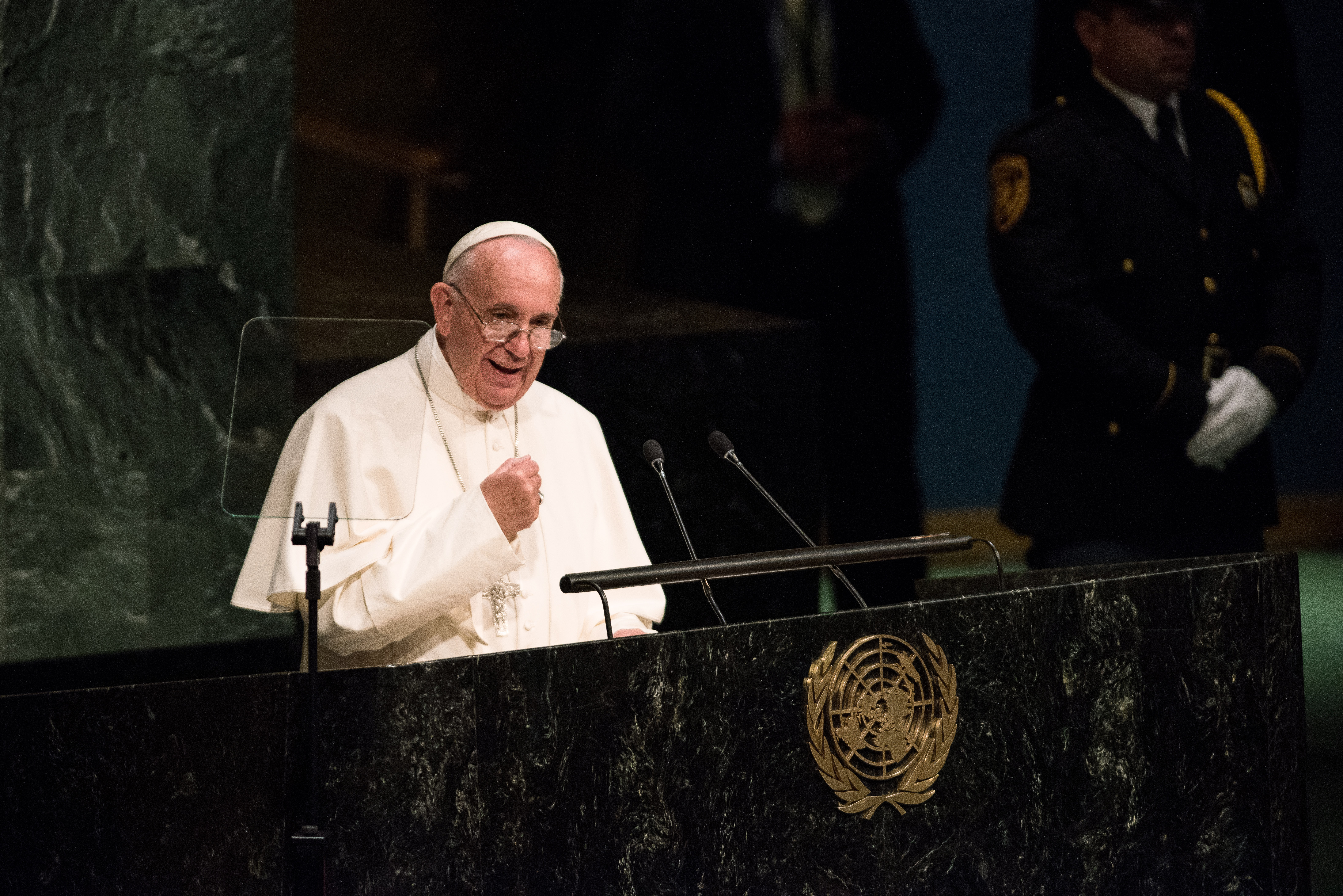 And people complained they don’t put rock stars on the cover of Rolling Stone anymore. In the surprise release to end them all, Pope Francis — who’s been referred to in this office as “the Chris Pratt of Popes” — has just shared his “1000 Candles in the Wind” with the world. Premiered today via RS, “Wake Up! Go! Go! Forward!” is a harbinger from (this is not a drill) an upcoming album by the Pope entitled Wake Up! (sorry John Legend and the Roots), reportedly out this November. What a time to be etc., etc.

The two things you’ll immediately notice about the song are 1. that it rocks and 2. that it’s not bad at all. It might even be really good; it’s got guitarists involved who understand the arched-bow bends of Modest Mouse’s “The Whale Song” as well as Iron Maiden solos. Faintly, briefly, there is an organ riff from the 20-second mark to the 34-second mark that sounds exactly like Papa Roach’s nü-metal TRL crash “Last Resort,” which (thanks to Weird Al) we already knew is ridiculously pretty when played on non-rock instruments. And the Pope’s drummer builds enough tension on those hi-hats to make the listener at least flash on the arena-squared trickiness of Incubus or even the Police.

Indeed, the multi-part “Wake Up! Go! Go! Forward!” is sending his SOS to the world, as a Sufjan-esque fanfare of horns finally gives way to a recording of His Holiness speaking to a South Korean audience in 2014, before sung vocals come in. Is that really him, Auto-Tuned for all the world to sound like System of a Down second-banana Daron Malakian for the grand finale, that some have already noted is rather metal? Who cares if it’s ghostwritten; if we’ve learned anything this year it’s to respect artistry in all its forms.

In a year that wasn’t exactly teeming with new saviors of rock, the next best thing is a rock star who’s devoted to a savior. “Wake Up! Go! Go! Forward!” will unquestionably go down as the biggest rock song of 2015, and all told, it does beat the holy hell out of anything from that last U2 album.