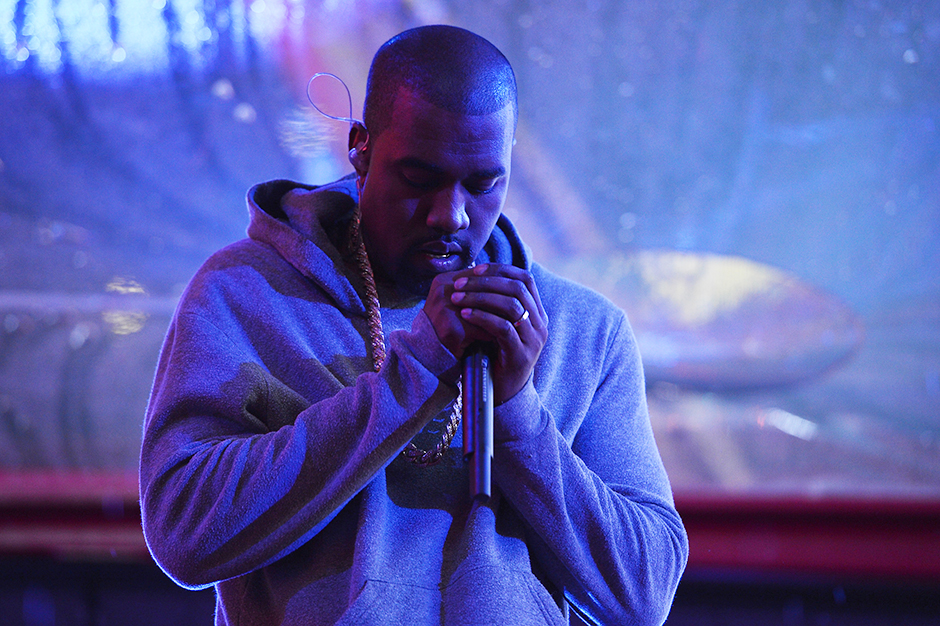 While speculation has run rampant about Kanye West’s eagerly anticipated follow-up to last year’s Yeezus, there finally seems to be a bit of official confirmation of the project’s existence hidden among items for sale in a new auction held by Rihanna (whose new album is also speculated to be on the way). On the charity event’s webpage, there is a listing for a package called the “Kanye West Tour Experience,” with the following description:

This is the first anyone has heard of such a tour, which can only mean that Ye has new material he plans to trot out to the masses. The prize will also include a pair of Yeezy’s in the buyer’s size, autographed tour memorabilia, and two tickets to a Kanye show. According to the auction’s website, proceeds will benefit the Clara Lionel Foundation, “founded in 2012 by Rihanna in honor of her grandparents, Clara and Lionel Brathwaite…to improve the quality of life for communities globally in the areas of health, education, arts, and culture.” Also of note: a separate package outlines a similar experience for an also as-yet unannounced Rihanna tour next year.

Starting bids for the Kanye experience begin at $15,000, and the auction ends on December 11. It’s beginning to look a lot like Yeezy season again.