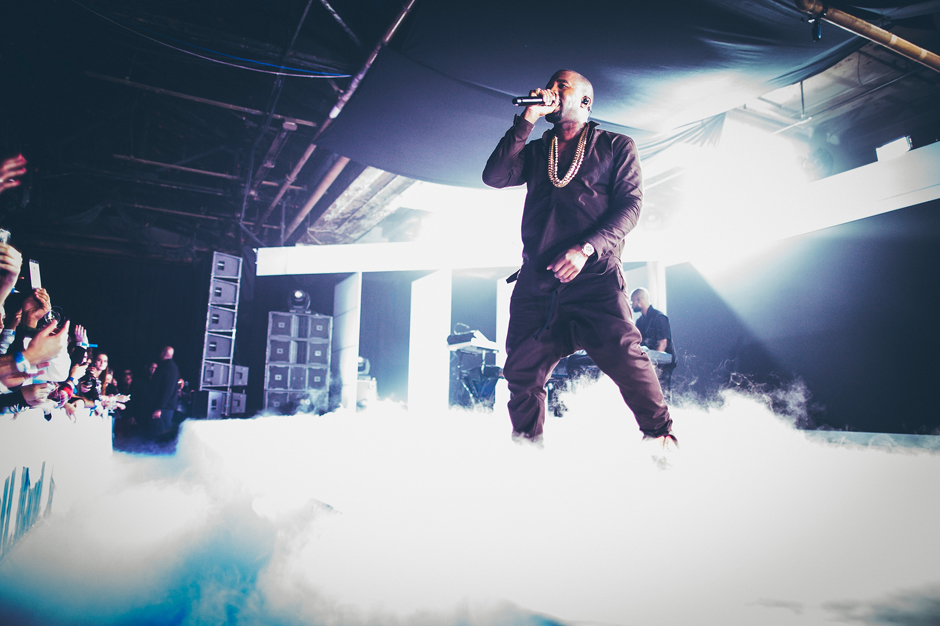 Who would’ve guessed that Brooklyn-based electronic rapper Theophilus London would be the one to offer a glimpse into how Kanye West’s Yeezus follow-up is progressing? Lo and behold, last night, the musician Instagrammed a picture alongside his recent “Won’t Stop” collaborator with the following caption:

So shortly after this picture I Only remember kanye playing his new album 3 times in a dark room of 20 people last night and moshing drunk with mad babes haha.

Three times in a row? That’s very generous of him. Then, early this morning, London also responded to a Tweet about the photo with these remarks:

This almost certainly means that Yeezy Season is approaching. It’s been kind of a torturous year for ‘Ye fans, with little snippets of news and music (remember the Paul McCartney “Piss On My Grave” snippet?) leaking randomly, but London’s updates bode well for what’s to come in the next couple of months. Batten down the hatches and get ready for the rap god’s return.