She did the AMA to help promote 'Cheek to Cheek,' her jazz collaboration with Tony Bennett 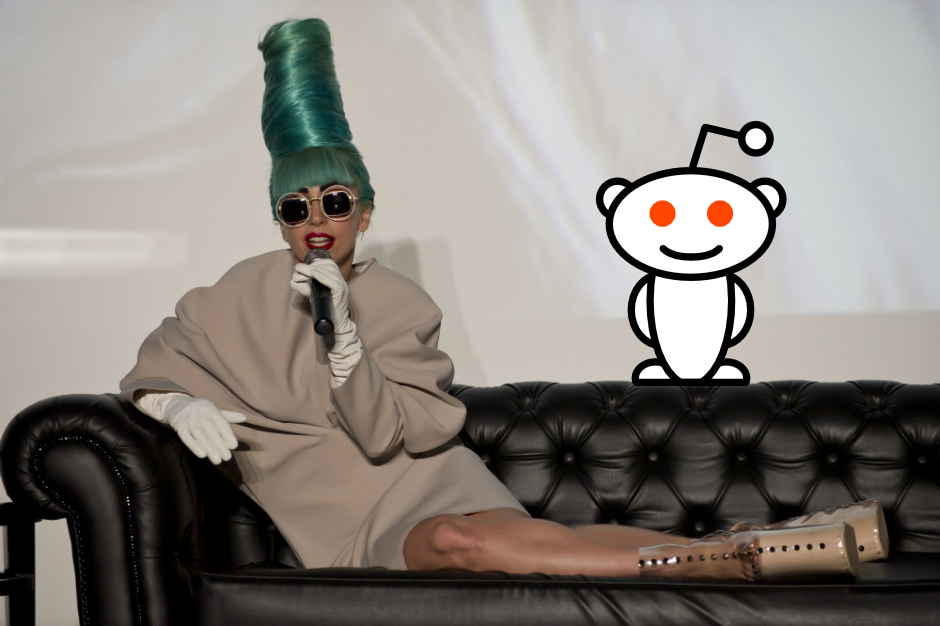 Lady Gaga took to Reddit today to participate in the website’s Ask Me Anything series, and discussed topics ranging from her famous meat dress to her favorite condiment. (It’s mayonnaise.)

Gaga was inspired to come to Reddit to discuss Cheek to Cheek, her jazz collaboration with Tony Bennett which debuted at No. 1 on the Billboard 200. “We wished to embody a classic sound and approach to recording that would inspire the young generation who’s discovering Jazz for the first time,” she said, describing her relationship with the iconic singer as “magical.”

This being Reddit, Gaga received much a wider range of questions, including an inquiry about how to obtain a meat dress. “A butcher and some fishing line,” Gaga answered, but explained that she wore the dress as a statement in support of gay discharged soldiers from the military, though the message was (somewhat understandably) lost on most. Gaga also expressed her love of metal music and talked about her new favorite tattoo — a Monster Paw she just got Thursday night in Hamburg, Germany.

User Leinadspoon asked Gaga how she would address the New England Patriots’ offensive struggles if she were the coach, but the pop star came up short. “I’ll leave that in the hands of the sports experts,” she answered, adding that she wished she could phone a friend.

(Gaga’s new tattoo can be seen below, if you’re interested.)