Lady Gaga and Tony Bennett Will Make a Jazz Album Together 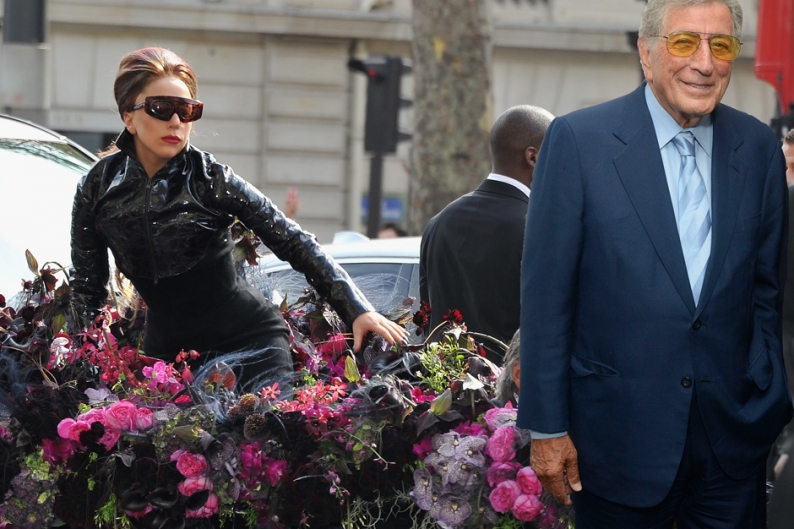 He’s an 86-year-old crooner who fought the Germans in World War II, made an album with Count Basie, and nurtured a healthy sideline as a painter, landing art projects in well-known galleries around the world. She’s a 26-year-old art project who fights the paparazzi daily, has recorded with New Kids on the Block, and released her own fragrance called Fame, for which she slept in a well-known gallery. Why wouldn’t they do a big band swing LP together?

According to Rolling Stone, Tony Bennet and Lady Gaga are going to make a jazz album together. This revelation is not entirely without precedent. The pair teamed up to sing “The Lady is a Tramp” for Bennett’s far more run-of-the-mill Duets II album last year. But then, “She called me from New Zealand and said, ‘I want to do a jazz album with you,'” explained Dat Yung Benny. “And I said, ‘You got it!'” He’s got a new collabos LP coming on October 23: Viva Duets.

Bennett said he’s committed to recording this project “as soon as I can,” because obviously he’s the one whose schedule they’ll need to work around. He went on to praise the lady who wears meat dresses: “A lot of people don’t know it, but she’s a phenomenal jazz singer … She’s a good friend and I respect that she’s so creative, that every day she changes, she has so many ideas and carries them out. She just never stops with it. I call her the musical Picasso.”