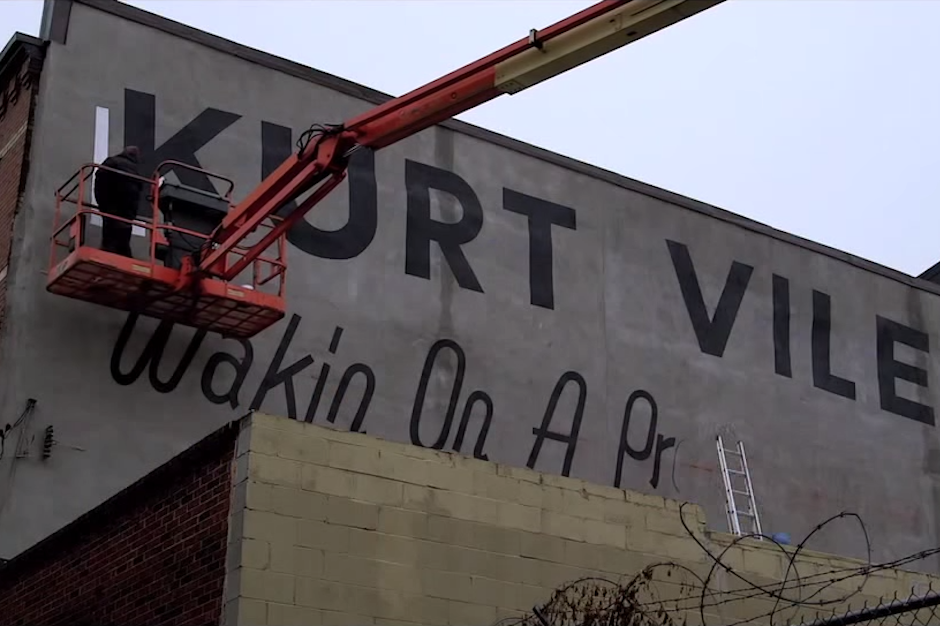 The mural created for Kurt Vile’s Wakin on a Pretty Daze cover was whitewashed this past weekend by a Philadelphia man attempting to curtail graffiti in the neighborhood. The vandal in question, who has been identified as DJ Lee Mayjahs, later called his decision to paint over the piece “the dumbest thing I’ve ever done in my entire life.” As Pitchfork points out, the mural’s artist, esteemed Philly native Stephen “ESPO” Powers, has published a statement on his website exonerating the man of his actions.

Powers says that the man who defaced his work was merely playing his role in the timeless cycle of street artists and “buffers.”

“They both make a mark on a wall that doesn’t belong to them,” explained Powers. “They don’t make it better or worse, just different. Writers are winning in that theirs is the mark of humanity that says ‘I’m here.’ The buffers are losing because theirs is the folly of humanity — to try and sweep waves off the beach.”

ESPO assures a coming restoration that will see the mural “better than it was in the first place.” Read his full note here.