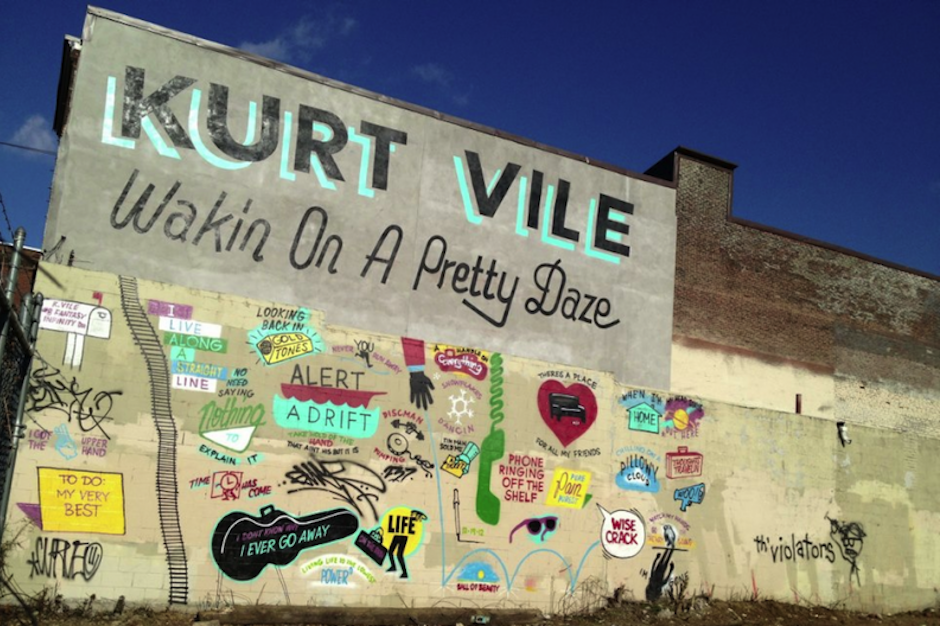 Former SPIN cover star Kurt Vile’s 2013 album Wakin on a Pretty Daze was initially heralded by a mural in downtown Philadelphia created by street art great Steve “ESPO” Powers. A shrugging Vile appeared in front of the mural on the cover of that record, but today it appears that the piece has been defaced by a local man.

According to WXPN, a man covered the lower half of the piece (which features interpretations of the album’s lyrics) in drab white paint. Local artist Najeeb Sheikh took an Instagram shot of the man in action, which you can see below, on Saturday morning. The man apparently chose to desecrate the piece because it was “attracting graffiti to the neighborhood.”

A representative for Vile told Pitchfork that there are already plans to repaint the mural.