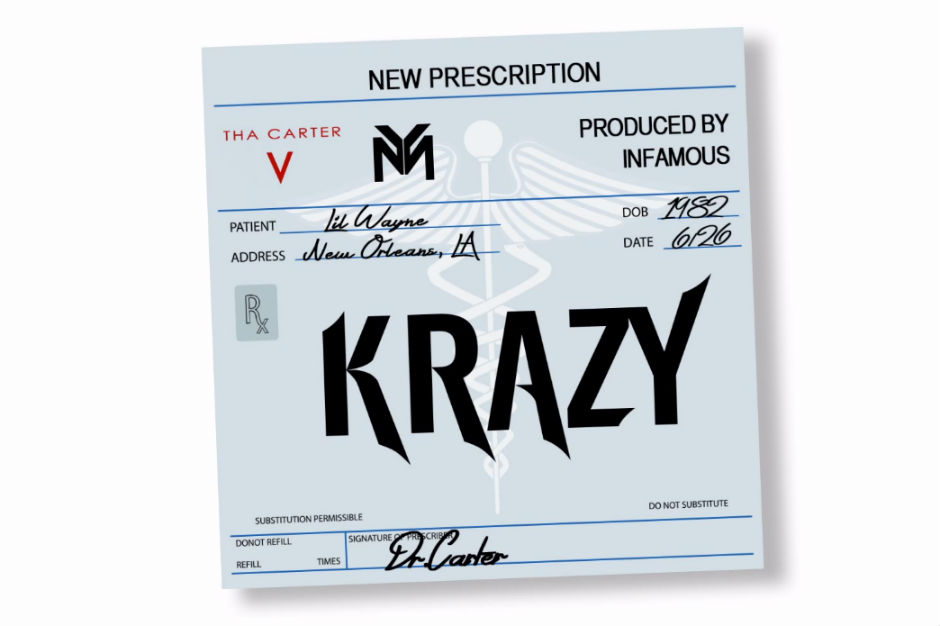 It’s no secret that Lil Wayne isn’t the most normal of dudes. Just recently, he got high (not a surprise) and talked about releasing not only Tha Carter V, but eight other albums between now and 2015. Whether that’s his amazing work ethic or the weed talking, we don’t know, but Weezy has shared yet another new song from the next Carter LP. Dubbed “Krazy,” the Infamous-produced track features a sparse beat and Weezy rapping about “money, drugs, bitches, guns,” and all the other things he knows a lot about. Then there’s this line: “And give me what help Martin sleep, on the same night he had a dream.” It’s doubtful that Wayne’s going to deliver an iconic civil rights speech any time soon, so we’ll just have to settle for this track. Tha Carter V doesn’t have a release date yet, but you can enjoy “Krazy” and the previouly released “Believe Me” and “D’usse” while you wait.