What we didn’t yet know when Brann Dailor first told us about Mastodon’s “wild, all over the place” next album, Once More ‘Round the Sun, is just how deep that wilding went. “High Road,” the first single from the Atlanta band’s seventh long-player, certainly lived up to that promise, offering four minutes of sun-damaged prog-metal riffing. But today it becomes apparent just how intense this endeavor is.

Below, you can take a gander at the packaging for the deluxe edition of the double-LP below, which features a rare quadruple gatefold jacket and four lithographs of meaty, kaleidoscopic images by Skinner. That bonus art reflects the psychedelic nature of the album cover itself, which comes alive in the new “audio visualizer” video for “High Road” seen above.

Once More Round The Sun was recorded in Nashville with Grammy-winner Nick Raskulinecz, who’s known for work with fellow hard rock A-listers like Rush, Deftones, Foo Fighters, and Alice In Chains. Both the standard and deluxe editions of the record are due out June 24. Until then, Mastodon is on tour with fellow metal aesthetes Gojira and Kvelertak. Check out all of those dates below, along with the track list. 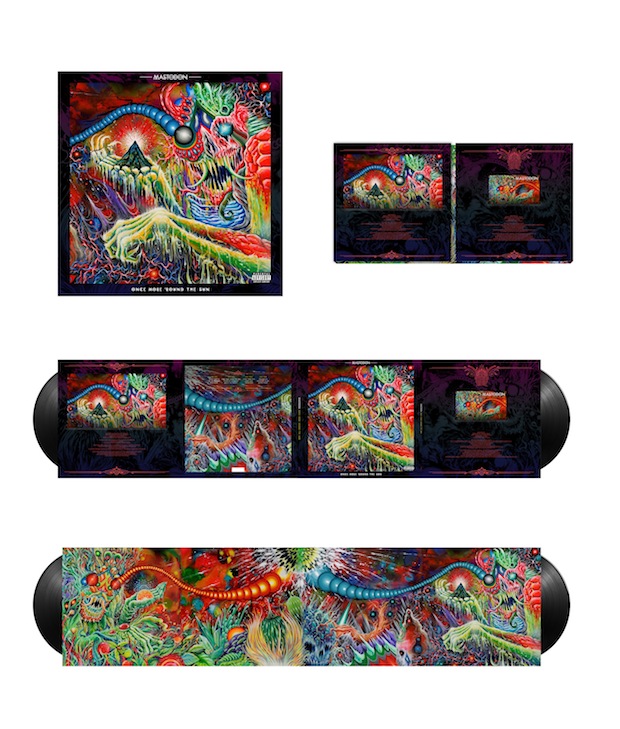