'Pranked: GG Allin and the Murder Junkies' is due out April 1 via Godmode 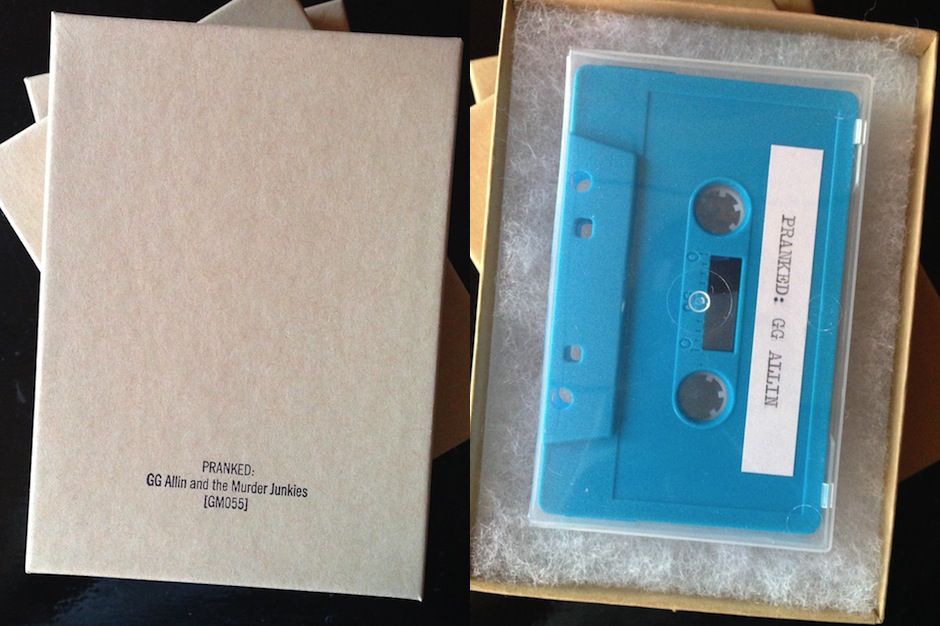 A piece of what’s billed as “semi-essential mid-’90s mid-Atlantic riot grrrl apocrypha” could soon be yours. Brooklyn label Godmode (home to the likes of Yvette, EULA, Fasano, and Alan Watts) has scheduled the release of the cleverly titled Pranked: GG Allin and the Murder Junkies, which it describes as a 47-minute “riot grrrl prank call tape,” for April 1. According to a 2003 Pitchfork feature, a transcript of the prank calls — reportedly featuring the late GG Allin’s brother and bassist Merle Allin — appeared in a mid-’90s zine.

Chris Ott, then a Pitchfork editor, said at the time: “This girl from Sarah Lawrence college got his number and staged these two amazing pranks; one was over the course of five calls, she pretended to be ‘from Riot Grrls’ and said he was on a list for volunteers. She said she wanted him to help set up equipment for a Riot Grrrls show.” Ott later promised to post mp3s of the tapes on a messageboard. That follow-up post never arrived, so this April Fool’s Day ought to bring something worth throwing feces about.

The tape is limited to 50 copies, and you can order it here. Update: Via Pitchfork, listen to an excerpt of the tape below.