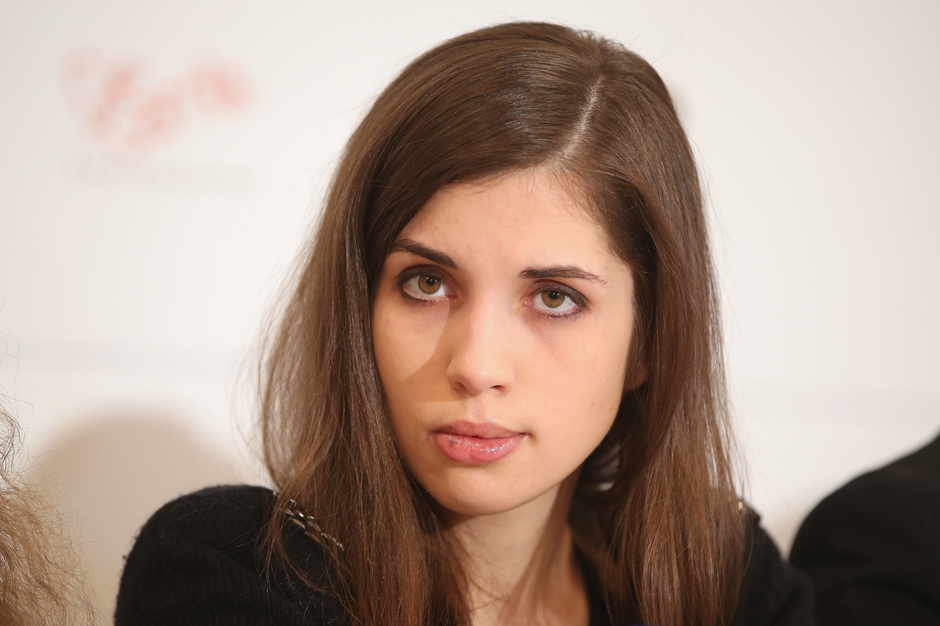 In early February, the freed members of Pussy Riot gave an interview in which Maria “Masha” Alyokhina claimed, “We live the same way other people do in Russia. We take the metro, we walk around. In terms of our everyday life, it’s no different than it was before. Although we do get recognized occasionally.” One of those occasions was Thursday, February 20, as she and Nadezhda “Nadia” Tolokonnikova arrived at a Moscow airport from Sochi.

As The Hollywood Reporter notes, around a dozen pro-Putin youth showed up wearing chicken costumes, waving American flags, and singing their own mocking version of the song Pussy Riot released earlier in the week, “Putin Will Teach You How to Love.” The video for that protest-punk anthem captured footage of Russian Cossacks whipping and pepper-spraying the women and their crew. This time, their detractors tried to give them raw, butchered chickens.

In short, a woman from Voina vaginally shoplifted a raw chicken from a St. Petersburg supermarket. Although, again, Pussy Riot was not involved, this incident was cited in court during their trial for staging that relatively less extreme “Punk Prayer” protest at a Moscow’s main cathedral.

According to pro-government Russian paper Ridus the airport demonstrators waved U.S. flags to mock Pussy Riot’s adherence to Western values, and they also claim the women’s activities are “aimed at instigating hatred between different groups of Russia’s population and creating a negative image of the country abroad.” Because Russia’s not doing a good enough job of that on its own.