Nadezhda Tolokonnikova: "Pussy Riot can be anyone, and no one can be excluded from Pussy Riot" 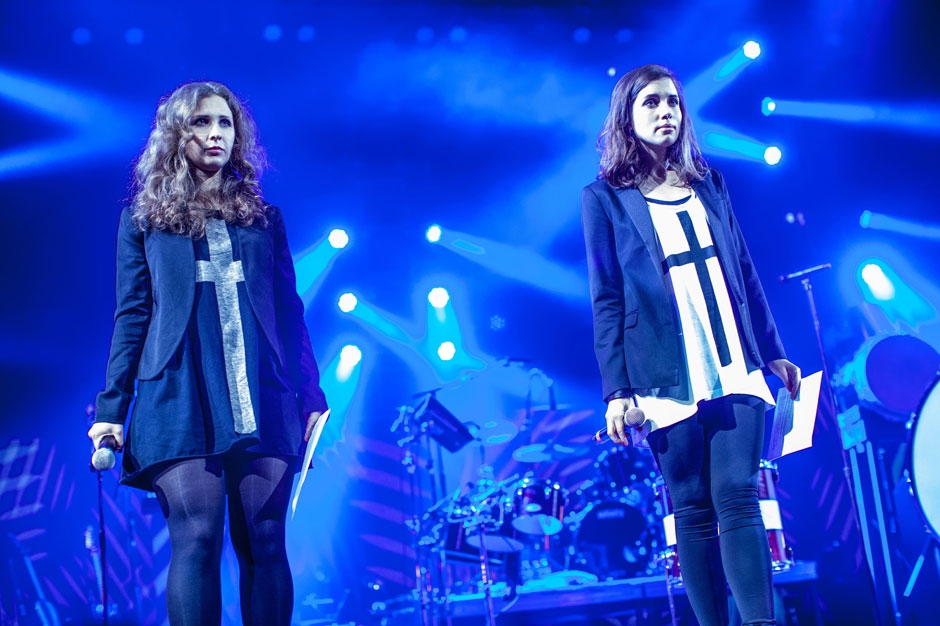 But in speaking to reporters on Sunday, February 9, the recent Colbert Report guests illustrated their vision for a more broadly defined collective: “Pussy Riot can be anyone, and no one can be excluded from Pussy Riot,” Tolokonnikova said. “Pussy Riot can only grow.” She said the letter, in fact, “doesn’t follow the ideology of Pussy Riot,” and affirmed that despite the claims therein, she and Alyokhina are still in touch with their Moscow “Punk Prayer” protest comrades.

Furthermore, the latter said that despite the pair’s impressive international profile, their lives back home aren’t much different from the days before their 2012 arrest. “We live the same way other people do in Russia,” Alyokhina said, though the documentary Pussy Riot: A Punk Prayer, was short-listed for an Oscar. “We take the metro, we walk around. In terms of our everyday life, it’s no different than it was before. Although we do get recognized occasionally.”