Andre 3000 and Big Boi will hit Toronto in August 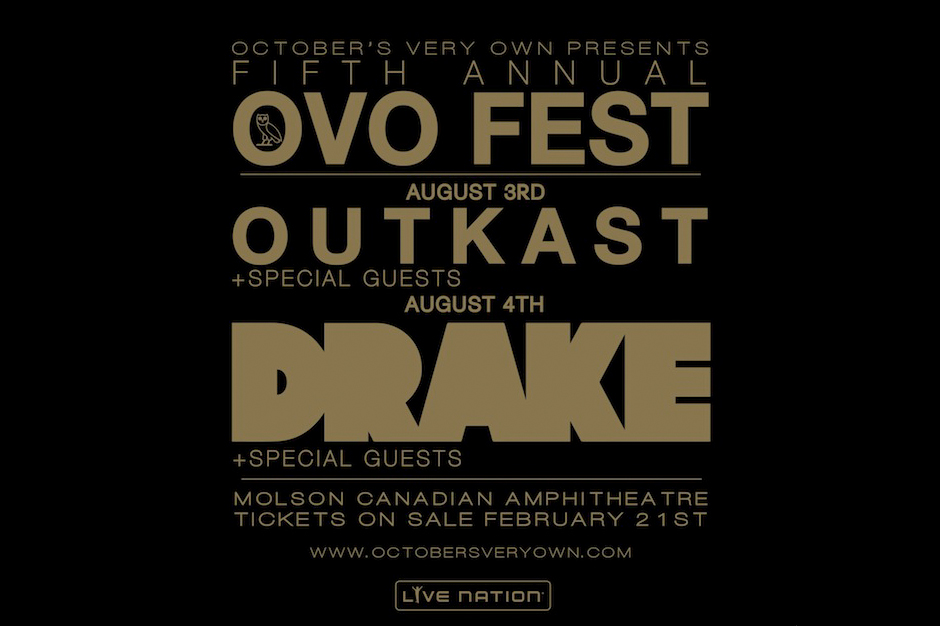 The Coachella 2014 lineup announcement confirmed what everyone had suspected: OutKast have reunited. But the Southern California double-weekender hardly has an exclusive on the ATLiens’ return — Andre 3000 and Big Boi are doing at least 40 festivals this year. We’ve just learned they’ll be playing Drake’s OVO Fest in August. That follow news of headlining spots at: Governors Ball in New York, Firefly in Delaware, Hangout in Alabama, and Sasquatch! in Washington, among others.

OutKast will headline a day of unannounced guests at Toronto’s Molson Canadian Amphitheatre on Sunday, August 3, and Drake will do the same on Monday, August 4. As Billboard points out, surprise performers of the past have included Kanye West, Stevie Wonder, Jay Z, Eminem, Lil Wayne, and Diddy. James Blake, Nicki Minaj, Nas, TLC, Rick Ross, Jeezy, and Ma$e have also appeared. Tickets go on sale Friday, February 21, and sadly do not include a free download of Flappy Bird OVO Edition.