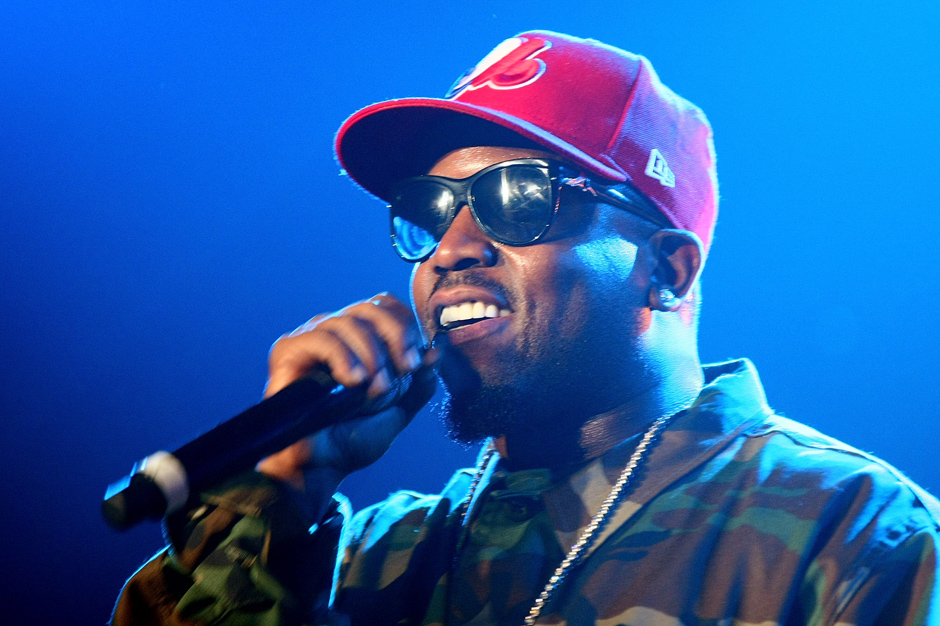 The poster for Coachella 2014 has been released and the rumored OutKast reunion is confirmed. Muse and Arcade Fire are the other headliners, followed by such big-font names as Queens of the Stone Age, Skrillex, Beck, Pharrell Williams, Lorde, Calvin Harris, Disclosure, Lana Del Rey, the Replacements, the Knife, and Motörhead. View the lineup below. Coachella’s Twitter account advises you “Share it like a polaroid picture.”

Many of the artists confirmed made it onto SPIN’s 50 Best Albums of 2013, and a handful are on our 50 Albums You Gotta Hear in 2014. For more on this year’s upcoming slate of festivals, check out our constantly updated Festlove rundown. The Coachella Valley Music and Arts Festival takes place in Indio, California, with the lineup repeated across two weekends: April 11 through 13, and April 18 through 20. Further info here. 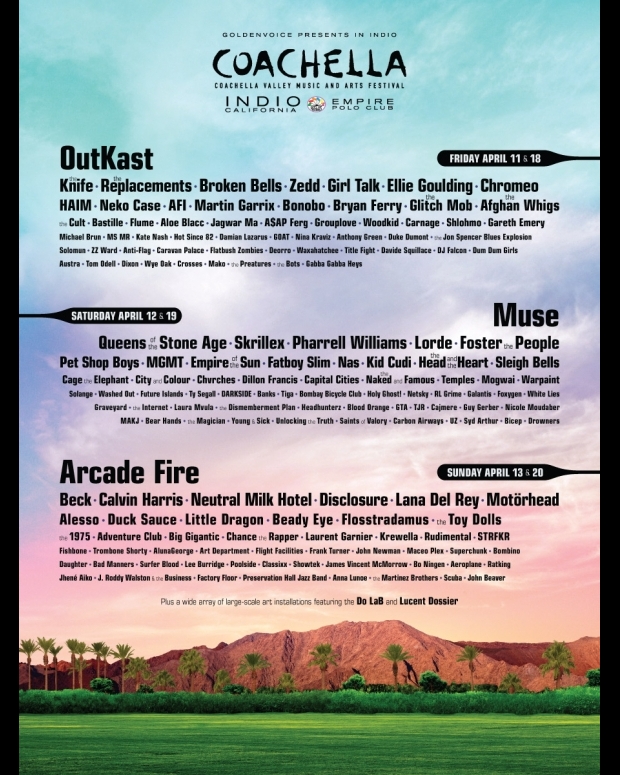