Morrissey’s Homosexual Relationship Edited Out of U.S. Version of ‘Autobiography’ 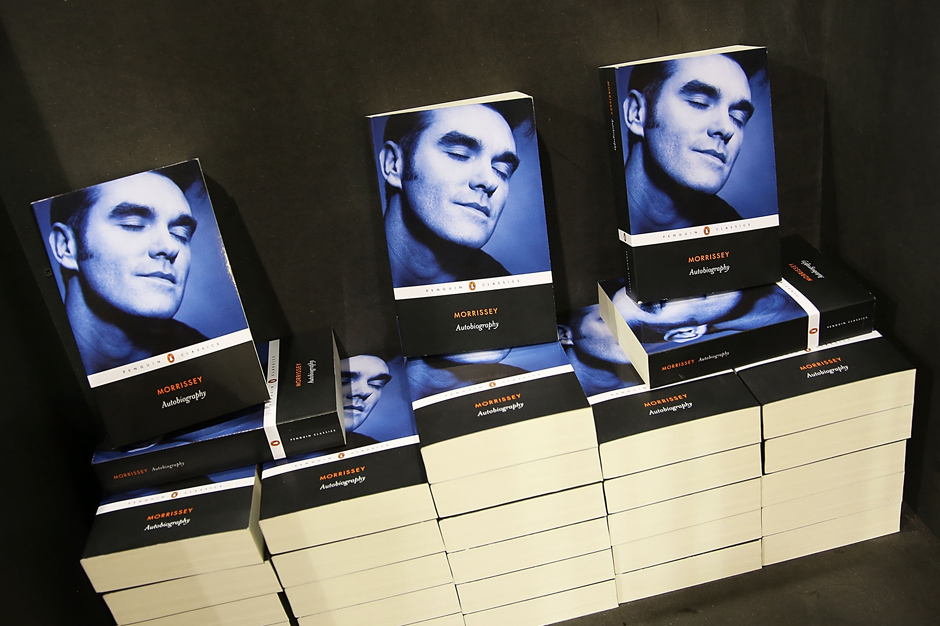 The U.S. release of Morrissey’s long-anticipated Autobiography downplays the Smiths singer’s two-year-long relationship with photographer Jake Owen Walters, according to WENN. When the book first hit shelves in the U.K. via Penguin Classics, one of the major revelations came via the anecdotes that detailed Moz’s time spent with the man. Though the book didn’t specify whether they were lovers, the author’s fondness is quite clear.

But the G.P. Putnam’s Sons stateside release apparently does not include the photograph of Walters as a boy that the original contained. It also seems Walters’ name has been removed from a story about a night out with Pretenders’ Chrissie Hynde. WENN reports that these are two of “many details” that have been modified or redacted for this version of Autobiography. The two-year relationship, which inspired Moz to dub himself humasexual, took place in the mid-’90s.

Expect a lengthy response via True to You any moment. In other Morrissey news, the audiobook version of Autobiography hits shelves Thursday (December 5) and features The Walking Dead’s David Morrissey doing the honors (no relation). Moz also dissed President Obama over the annual Thanksgiving day turkey pardon, and announced that he’s honoring Lou Reed with a live single cover version of the late great musician’s 1972 song “Satellite of Love.”