"Would Stanley Kubrick have made 'Dr. Strangelove 2,' John Gourley asks in his review 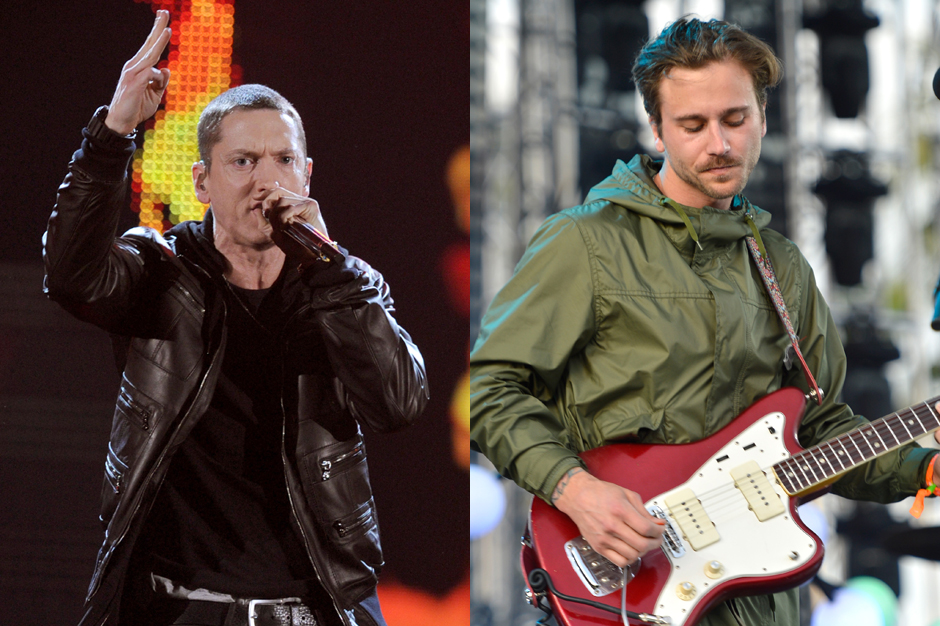 Eminem has spent the last few weeks collecting accolades for his more-or-less unmatched rapping skills. The Detroit MC picked up the Artist of the Year trophy at the first-ever YouTube Music Awards, was declared a Global Icon at MTV’s European Music Awards, and nabbed a solid 8 out of 10 from SPIN for his just-released eighth album, The Marshall Mathers LP 2. Someone who’s less in love with Em’s latest record is Portugal. The Man frontman John Gourley, who reviewed the full-length for the Talkhouse.

To be clear, the Alaska native doesn’t take MMLP2 out to the woodchipper — in fact, his write-up is mostly a fond look back at Eminem’s heyday. “I first heard The Slim Shady LP over at my friend Jesse’s house, a regular party spot for us at the time,” he remembers. “Someone threw it on the stereo and it immediately stood out above the Ma$e and Master P that was playing before. I loved the sense of humor Eminem had. Dark fucking sense of humor… It was no surprise to me when I heard everyone in town listening to it a week or two later.”

Then comes the turn. “I can’t say that I connect to this one like I did those first couple albums,” Gourley writes, adding the caveat that he’s “a different person now.” It’s a fair point to make that simply slapping a “2” at the end of a title doesn’t make something a worthy follow-up. “I’m a fan of breaking new ground,” the man at the front of Portugal. The Man writes. “Art should be challenging to the consumer and the creator, otherwise, it’s just a product. Would Stanley Kubrick have made Dr. Strangelove 2? Would J.D. Salinger have written Catcher in the Rye 2?”

Despite his skepticism, Gourley does acknowledge the obvious: that Eminem’s easily one of the finest rappers in the game. “[Eminem] established himself as an artist a long time ago and he just wants to do what he knows and what he does best… He’s still a great storyteller and a fantastic lyricist. He’s happy where he is. Good for him.”

Read Gourley’s entire review over at the Talkhouse. And be sure to read Christopher R. Weingarten’s outstanding review of The Marshall Mathers LP 2 for SPIN, wherein he notes, “If rapping were a purely athletic competition, Eminem would be Michael Phelps and Mary Lou Retton combined: pure agility and flexibility, like an unstoppable bullet with only white-hot hate in his wake… The ‘sequel’ (or whatever) to his landmark 2000 LP, is little more than a rapsploitation vehicle where practically every line is gratuitous, beyond ridiculous, an effortless and almost empty display of showboating, a carnival trick.”