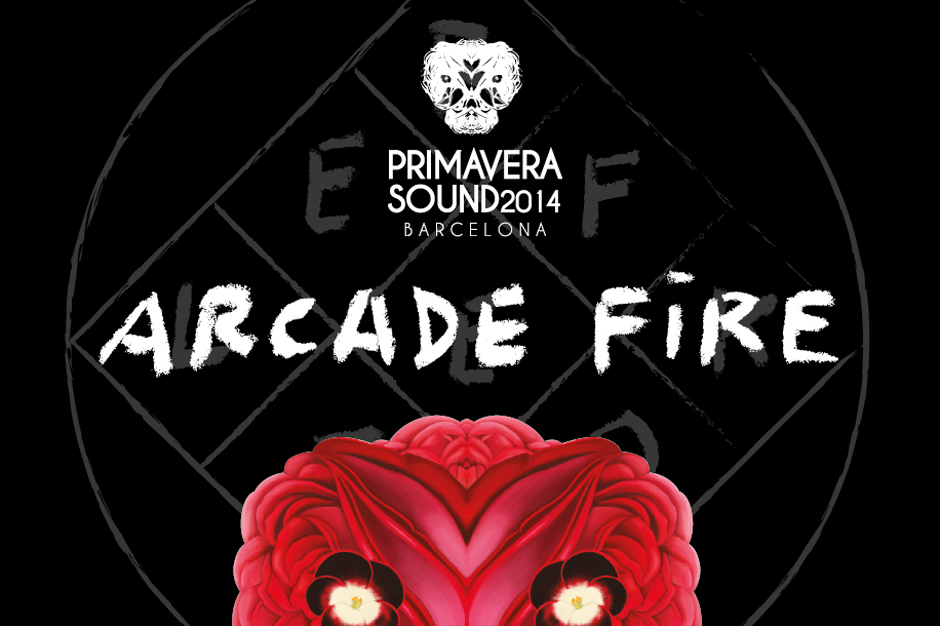 Next year’s live music calendar just got a lot more spangly. The Primavera Sound festival announced this morning that Arcade Fire will play the Barcelona festival next spring, marking their only concert on Spanish soil for 2014.

The official announcement comes one day after an enormous black sign reading “Arcade Fire” was posted on Portal de l’Àngel, a popular pedestrian shopping thoroughfare in the city center. Stretching five stories high, the sign is in keeping with the band’s bullhorn-stealth campaign for Reflektor, which has included interactive video hijinks, an SNL appearance and half-hour concert special, the Colbert bump, and a “secret” masquerade ball in Brooklyn in their guise as the Reflektors, complete with a fake stage, a James Murphy appearance, and a disco-themed after-party. The sign immediately prompted speculation among locals that Arcade Fire would be appearing at next year’s edition of the festival — although “speculation” might not be the right word, given that it also read “PRIMAVERA SOUND 2014 BARCELONA” across the top.

So it’s true! @arcadefire at @Primavera_Sound 2014… The poster exists, it’s not a fake #PS14 pic.twitter.com/FeEhwhKHiY

Some mysteries did remain, however: Yesterday, prior to the Arcade Fire news, a photograph of a similar poster bearing David Bowie’s visage spread across social media, sparking rumors that the Thin White Duke would be presiding over the festival roster. It turns out that the Bowie poster was simply a doctored photograph of the Arcade Fire poster, although it’s unclear whether the hoax was the work of a mischievous fan or, perhaps, a calculated disinformation campaign on the part of festival organizers.

Arcade Fire join Neutral Milk Hotel as the only Primavera Sound acts to be announced yet; the festival takes place May 29 to 31 along the Barcelona waterfront. (Check out our review of Primavera Sound 2013, including sets from Swans, Wu-Tang Clan, Savages, and more.)