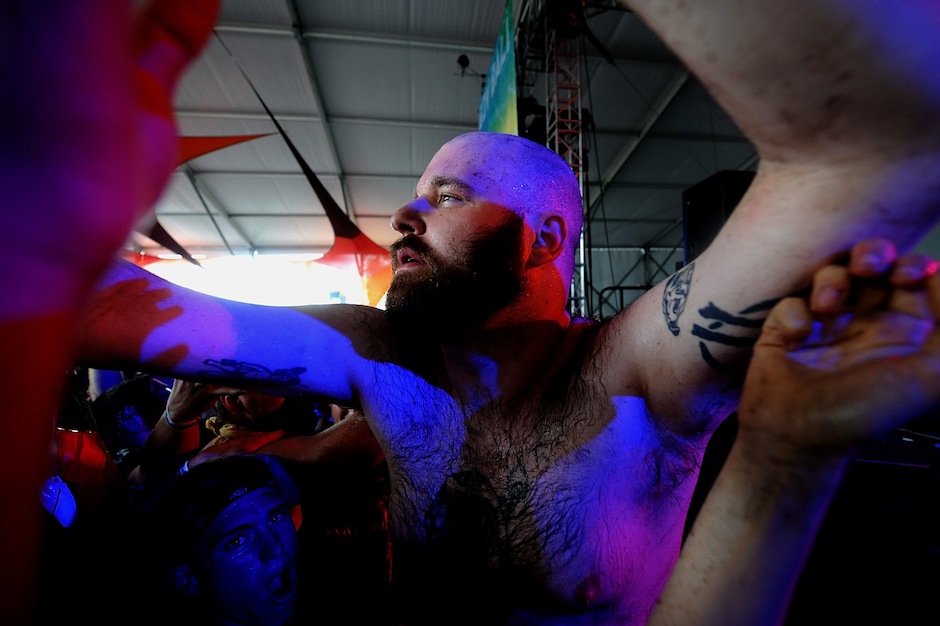 Nickelback are, um, back. First came that maybe-questionable survey indicating they’re more popular than the U.S. Congress, which is also more popular than Miley Cyrus — we call this survey “questionable” because, sorry, Miley Cyrus is pretty damn popular. Now a funny tweet has arrived from Fucked Up front-god-among-men Damian Abraham that suggests a lot of people are listening to some non-post-grunge variant of the mega-selling post-grunge band. Possibly while weeping and/or wanking.

Here’s said tweet: “Most mainstream indie is just Nickelback for jocks that crybate.”

The remark from the hardcore-transcending force of nature behind SPIN’s 2011 Album of the Year raises a whole host of questions: What is “mainstream indie”? For that matter, in 2013, what is “mainstream,” and what is “indie”? What are “jocks” and why do we implicitly look down on whoever they are? If you cut them, after they bleed, do they not go and crybate to mainstream indie?

Also, does “crybate” mean what we think it means? Do people actually crybate? Which “mainstream indie” bands in particular are good for crybating? Who will publish the first think piece on “How Crybating to Bonny Bear, Vampy Weeks, and the Arcade Fires Helped Me Triumph Over Adversity and Win an Olympic Gold Medal”?

Aside from the weird jab at athleticism, Abraham’s 64-character quotable makes at least one fascinating point. In an alternate system of music-based social currency that perhaps skewed a little bit less metropolitan and collegiate, more people who are proud of their own taste in music really might listen to “How You Remind Me” on repeat. As critic Carl Wilson successfully argues in his soon-to-be-expanded book Let’s Talk About Love, a lot of what’s considered “good” music is partly a matter of social distinction. Wait, sorry, one more time: “Crybate”? Now that Nickelback are resurgent, maybe they can address this subject in a new hit song.