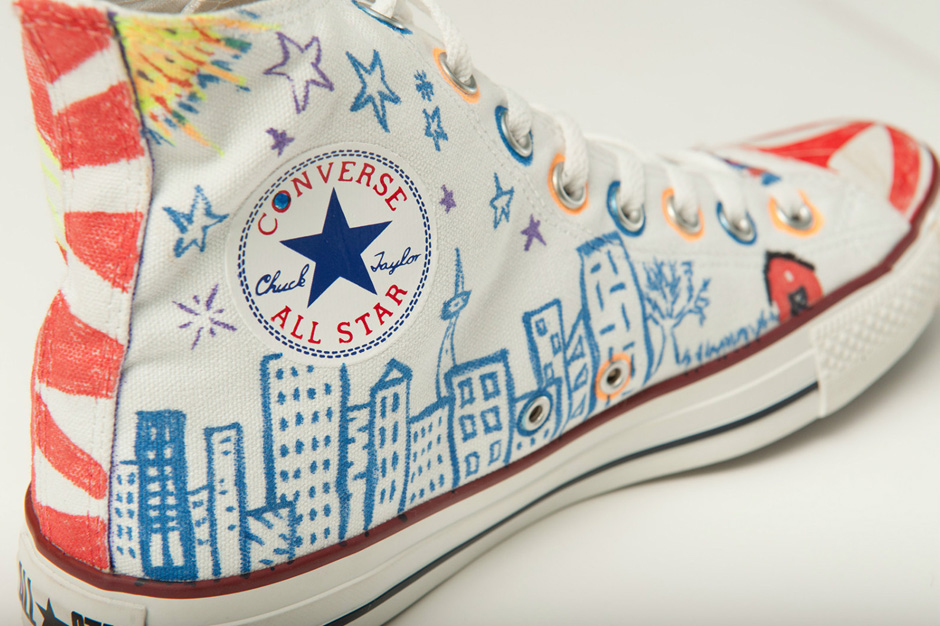 Bon Iver, the National, SPIN cover stars Tegan and Sara, and many more musicians have teamed with Converse to auction off custom-designed shoes for charity. As Stereogum points out, the In Their Shoes initiative aims to raise money for the National Breast Cancer Foundation by selling Chuck Taylors (a.k.a. the Coolest Shoes on Earth) that feature original designs by a slew of music makers. Among the artists involved: New Order, Charli XCX, Tame Impala, FIDLAR, Wavves, Bruno Mars, Skrillex, Rudimental, JEFF the Brotherhood, the Black Keys, Red Hot Chili Pepper, Macklemore & Ryan Lewis, Foals, Moby, and Billy Bragg.

The one-off pieces of footwear are now up for sale on eBay, where they’ll be biddable until October 29. As mentioned above, proceeds will benefit the National Breast Cancer Foundation, or another charity of the artist’s choice. Check out the sneaker Bon Iver designed in the photo above, and scroll down to see shoes decorated by the National, Tegan and Sara, and FIDLAR. For an in-depth look at classic Converse, read Chucks & Bucks: An Oral History of the Coolest Shoes on Earth. 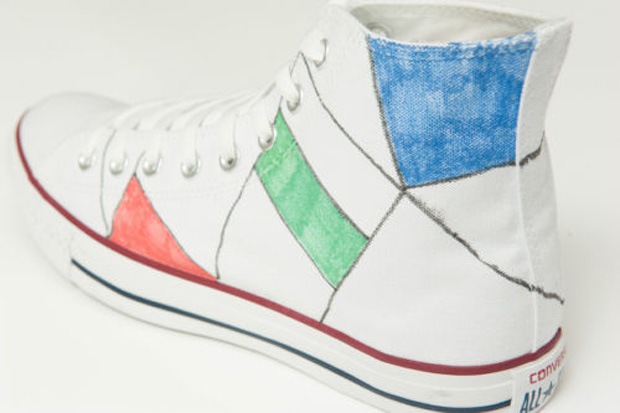 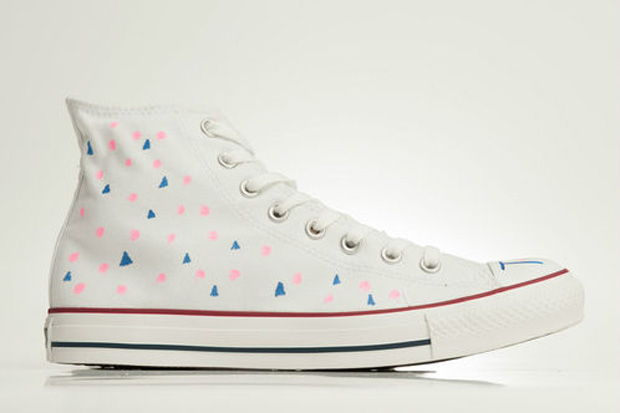 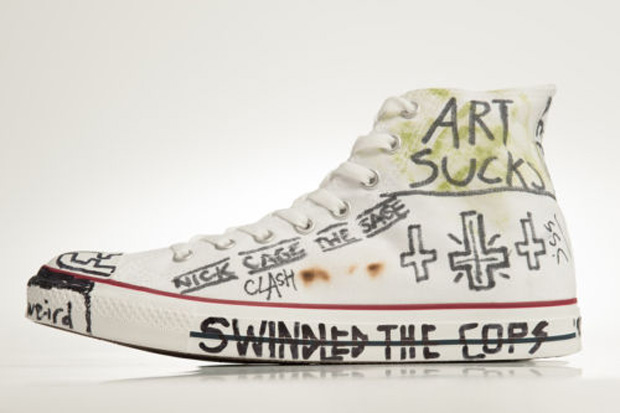