Quasi Are Fuming on Cover of Black Sabbath’s ‘War Pigs’

Janet Weiss and Sam Coomes will return as Quasi on October 1 with Mole City, the Portland duo’s ninth album, a.k.a. an “Encyclopedia of Kicking Ass.” The indie superstar pair are currently offering fans who pre-order their upcoming LP a special treat: Interprets, an all-covers bonus disc. (For the uninitiated, Weiss’ CV includes Sleater-Kinney, Wild Flag, the Jicks, and Drumgasm, while Coomes is a former Elliott Smith affiliate and longtime Built to Spill player.)

The track listing for the complimentary collection hasn’t been confirmed yet, but record label Kill Rock Stars has shared a first sample — a respectful rendition of Black Sabbath’s Paranoid classic “War Pigs.” Quasi maintain the bluesy, psychotropic spirit of the original, meaning it’s heavy on the stoner sludge and light on the Ludacris samples. Stream it below, and be sure to check out the first two songs to surface from the 24-track Mole City: “See You on Mars” and “You Can Stay But You Got to Go” (via Stereogum).

Interprets will also be available at the Quasi merch table throughout their fall tour. Review the dates below, after the the covers set’s cover art, which features renderings of Black Sabbath, Elvis Costello, Queen, and Marvin Gaye among others, hint hint. 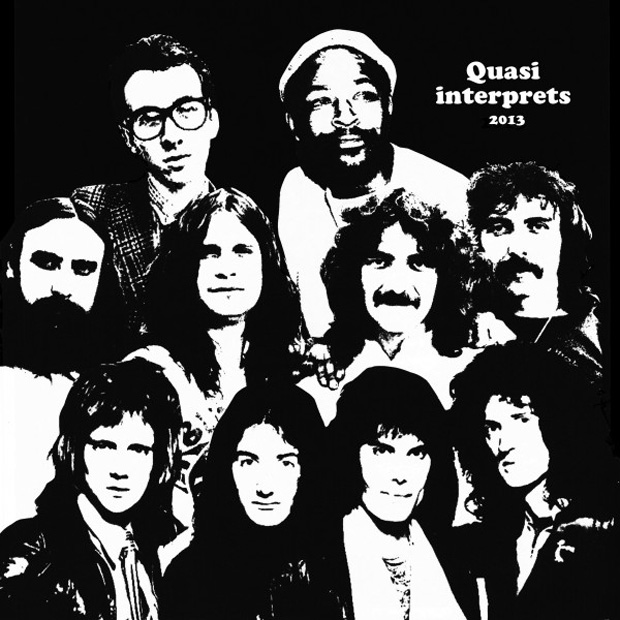