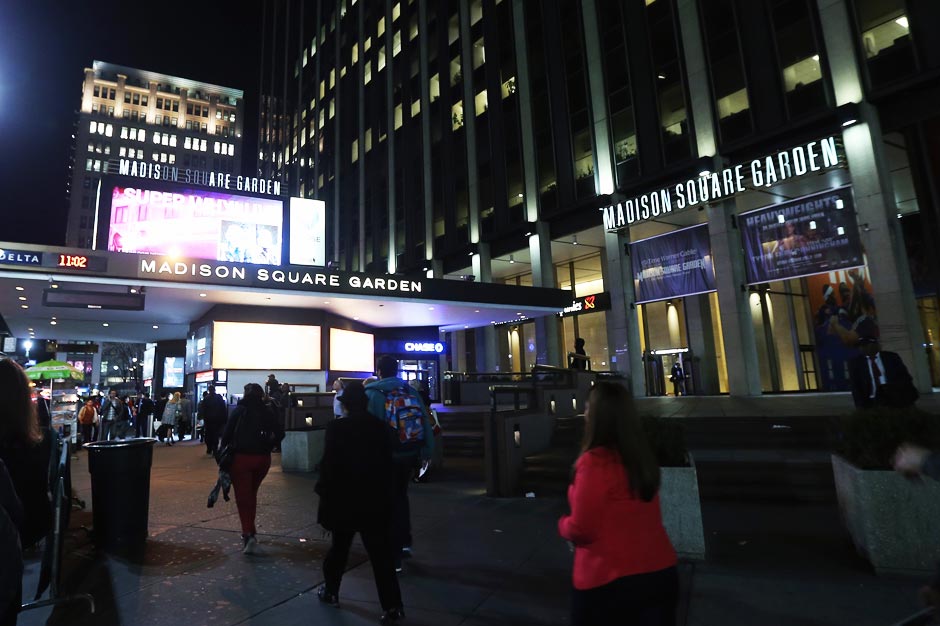 Just days after it was revealed that New York City’s Madison Square Garden got trounced in ticket sales by the new Barclays Center in Brooklyn, the “World’s Most Famous Arena” got some more bad news: Within the next 10 years, it’ll have to find a new home. As The Times reports, the New York City Council voted 47 to 1 in favor of granting the arena an operating permit with an expiration date so that Penn Station, the transportation hub underneath the venue, can be redesigned.

There is a loophole, however: If plans for the renovated station don’t come to fruition by 2023, and Garden and transit officials somehow agree to improve the current hub, MSG’s lease can be extended. “Madison Square Garden has operated at its current site for generations, and has been proud to bring New Yorkers some of the greatest and most iconic moments in sports and entertainment,” MSG’s owners said in a statement, and it’s very, very, true.

The current Garden opened in 1968 and — aside from hosting Knicks and Rangers games, legendary boxing matches, the Westminster dog show, and dozens of other famed sporting events — has been the site of countless legendary music performances. Among them: The Rolling Stones’ 1969 shows that led to the Get Yer Ya Ya’s Out live album; George Harrison’s Concert for Bangladesh; Led Zeppelin’s ’73 live series immortalized in The Song Remains the Same; and John Lennon’s last concert performance ever, playing with Elton John on Thanksgiving night no less. But, like, no big deal, right?

Oh, and — deep breath — there was the Concert for New York City following the September 11 attacks; Jay Z’s Fade to Black retirement party; the Beastie Boys’ show that led to the fan-filmed Awesome; I Fuckin’ Shot That! flick; LCD Soundsystem’s final performance; and the 12-12-12 Concert for Sandy Relief after last year’s devastating hurricane. In recent years, rock bands like Arcade Fire, Phoenix, the Black Keys, Passion Pit, Arctic Monkeys, the Strokes, Kings of Leon, My Morning Jacket, Coldplay, Dispatch (yeah, they sold out three nights), and Gorillaz have also taken the famed stage.

As the Times points out, the Council’s decision doesn’t mean this is a done deal. By 2023, there will be at least one new mayor (Carlos Danger?) and plenty of other new politicians in office. The renovation of the congested Penn Station, which sees about 500,000 commuters every day, will cost billions and be met with plenty of logistical issues. And don’t count out the ruthless James Dolan, who owns the Garden, the Knicks, and the Rangers. He’s just about to finish a nearly billion-dollar renovation of MSG, and it’s hard to believe he’ll go down without a fight.