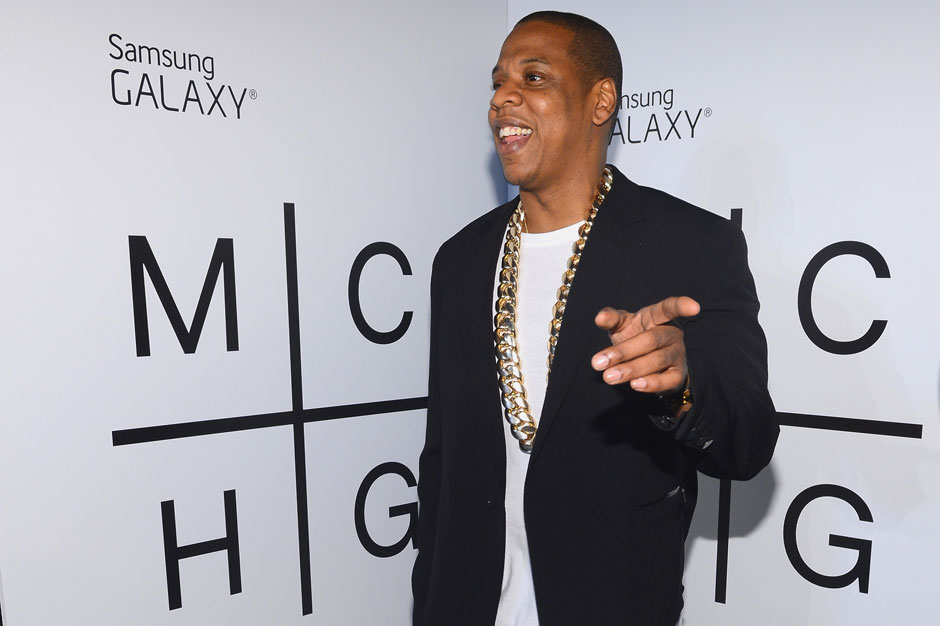 Jay-Z’s plan to perform atop the Ed Sullivan Theater’s marquee earlier this week may have been nixed, but the King of New York is in the midst of another audacious gig right now. As Complex points out, Jigga is currently rapping Magna Carta Holy Grail track “Picasso Baby” over and over for six hours straight at Manhattan’s Pace Gallery in Chelsea.

Yes, there’s something fitting (or pandering) about the dude doing his fine-art rap inside of an actual gallery (say Basquiat one more time, we dare you), but more importantly, it seems Hov is cribbing moves from the National — looks like we’ve got a new addition to SPIN’s recent feature, Alt-Jay: Jay-Z’s 24 Most Hipsterific Rock Moments.

According to the Huffington Post, the whole exhibition is being filmed for a music video. Jay is reportedly dancing with audience members, and several celebrities are present for the shoot, including writer/director Judd Apatow, Girls actor Adam Driver, and artist Marina Ambramovi?.

Watch footage of the ongoing show below: