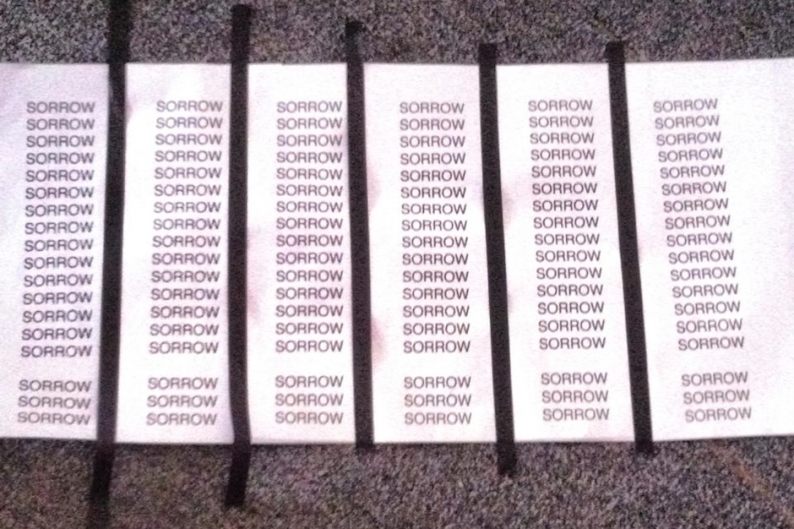 On May 5, the National were scheduled to perform one song over and over again for six hours at New York’s MoMA PS1. That song was doleful droner “Sorrow,” from 2010’s High Violet, and the occasion was an art installation by Icelandic artist Ragnar Kjartansson titled “A Lot of Sorrow.” As fan video evidence confirms, the National’s epic “Sorrow”-athon happened, and it looks like the band did exactly what was promised.

While the full six-hour performance isn’t available, you can piece together the experience from the various fan clips below. As Pitchfork notes, at one point the drummer sits out a take, but otherwise the dapperly dressed Brooklyn band appears to have fulfilled its artistic duties as fully and faithfully as possible.

The cumulative effect of watching even a handful of these is, in fact, impressive and carries out the artist’s stated goal of creating “sculptural presence within sound.” A whole lot of “Sorrow,” it turns out, yields mostly joy.

The National’s new album Trouble Will Find Me is due out on May 21 via 4AD. The band recently performed “Sea of Love” and “I Need My Girl” from the record on Late Night With Jimmy Fallon. You could try to update the PS1 experience by watching those clips on repeat for the next few weeks, but it probably wouldn’t be the same.