"You could stay seated I'm taking that Grammy" 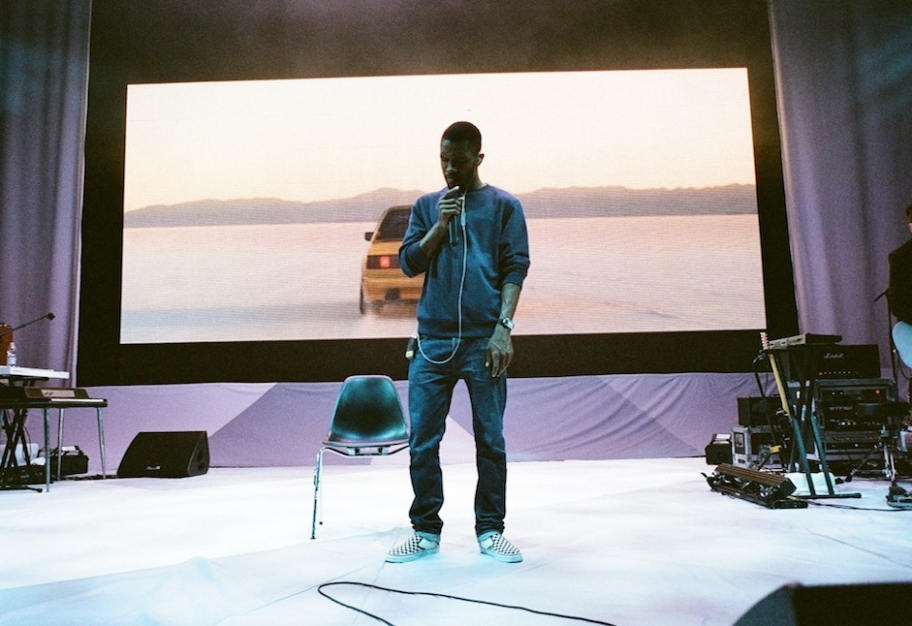 Last night, Frank Ocean — as he has been known to do — uploaded a screenshot of a TextEdit document to Tumblr, though this time it was to implicitly diss his longtime nemesis Chris Brown. The image, which you can see below, features the lyrics to a theoretical remix of Migos’ “Versace,” the dizzying track from the upstart Atlanta trio that shot to hit status after an instant-classic remix from Drake (who, in the tangled web we weave, will host Ocean at his upcoming OVO Fest). Ocean’s version of the track — which is captioned by the phrase “no audio.” — immediately busts out swinging at Brown, saying “You could stay seated I’m taking that Grammy,” a reference to Breezy choosing not to stand as Ocean walked to the stage last February to accept the Urban Contemporary Album Grammy.

He later makes what could be a reference to Brown’s fallout with Rihanna — “You had a lady then she hurt your ego / Now you can’t forgive her” — while also bragging about a dinner with Marina Abramvoic, Riccardo Tisci, Madonna, Beyoncé and Donatella Versace (get it?). Ocean’s spat with Brown dates back to June of 2011, when Brown tweeted that Ocean reminds him of “a young James Fauntleroy or Kevin Cossum” (sic on that last one), which Ocean took as an implication that he’s a behind-the-scenes songwriter instead of a proper star. Prior to the Grammy incident, Brown and Ocean got into a fistfight at an L.A. studio alledgedly over a parking spot, though two people with a history of disses like that are fighting over more than a parking spot. In a post-Grammy interview in April, Brown indicated that his beef with Ocean was over, which came after Ocean “forgave” Brown in another Tumblr post.

But maybe the most interesting part of Ocean’s “Versace” poem is the opening line: “Versace, versace / I’ll play the piano / I’m not Liberace.” It’s a hilariously sly reference to Liberace never publically admitting that he was gay, a dynamic that of course does not apply to Ocean, who made waves last July after revealing that songs on his debut album channel ORANGE were inspired by a romance with a man. 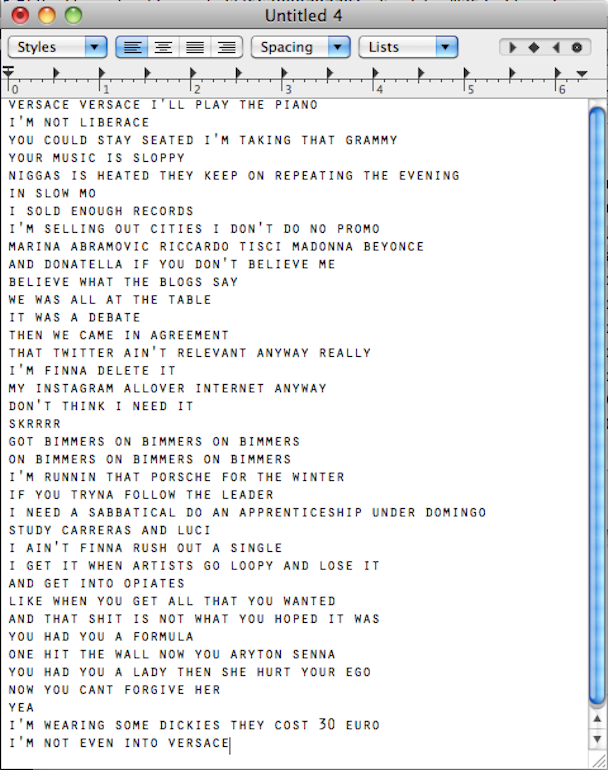