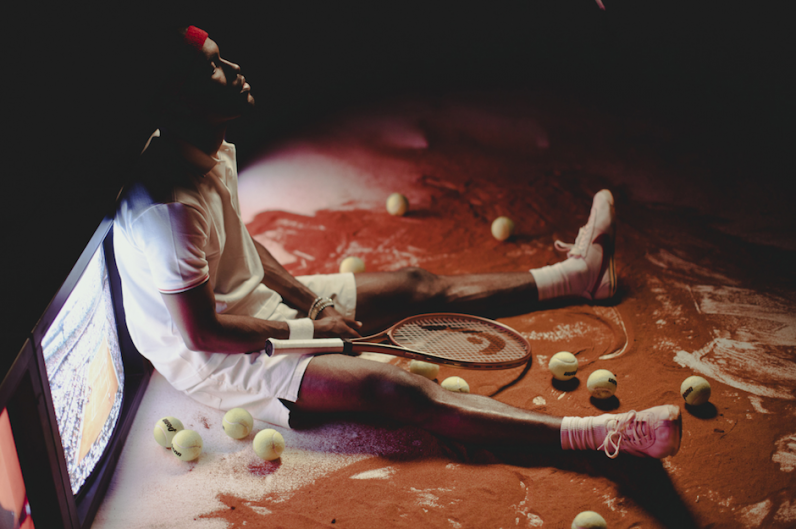 In the twilight hours of Independence Day, Frank Ocean published an excerpt from the liner notes of his forthcoming album: a tender tale of a man he once loved, who wouldn’t admit it was reciprocal until three years later. “based god was right,” he wrote, “we’re all a bunch of golden million dollar babies. my hope is that the babies born these days will inherit less of the bullshit than we did. anyhow, what i’m about to post is for anyone who cares to read. it was intended to fill the thank you’s section in my album credits, but with all the rumors going round.. i figured it’d be good to clarify.” The rumors started when a British journalist questioned his use of “he” instead of “she” on a love song — an exceedingly banal spark for the lovely fire that was to come.

We have already known that Frank Ocean is a writer of considerable depth. From the intricate complexities of his lyrics, the way he unfurls stories in his songs through measured processions of detail. From the feeling that spills from his voice, the range that can traverse from casual, conversational drawl to airy falsetto in the span of a song, as with “Thinkin Bout You.” He is a songwriter who does not limit himself. As a writer, he is a step away from a memoirist, one who’ll let us in when he chooses but always through mottled glass. He gives us something slippery and leaves us to interpret it, fit it into our own lives, figure out how to relate to it. His Tumblr post is no different.

Frank Ocean Has a Cold: Read SPIN’s feature on the rising R&B star.

First love sucks, and rarely lasts. Unrequited first love is an all-encompassing, formative experience. Sometimes they don’t love you back. Sometimes they won’t let themselves. But you love who you love. This is the message Frank Ocean gave us when he wrote about the first time he fell in love, with a man, at the tender age of 19 — an age so inchoate the mere fact of being 19 is enough to break your heart.

In “Bad Religion,” from his forthcoming album, Channel Orange, he verbalizes it: “It’s a bad religion to be in love with / Someone who could never love you.” He also offers this, from “Sweet Life”: “Not sugar free / My TV ain’t HD / That’s too real.”

Frank Ocean is too real. His Tumblr post was beautifully written, like all his Tumblr posts, and he didn’t restrain its emotion. As with his music, he did not limit himself, he did not define himself. We don’t know if he’s gay, or bisexual, or fluid, and it doesn’t really matter. What matters is that Frank Ocean is one of the most special singers of the upcoming generation. Certainly he is one of the most generous, reticent though he may be. When Channel Orange is released on July 17, petty focus on pronouns will be forgotten by the fact of its sheer brilliance, a storytelling opus that explores the crevices of human emotion, makes Didionesque paeans to California, philosophizes about who we are, and talks about womens’ work with a realism and fundamental respect unlike any of his peers. His first love might have been too scared, but he clearly isn’t. Let’s show him that neither are we.