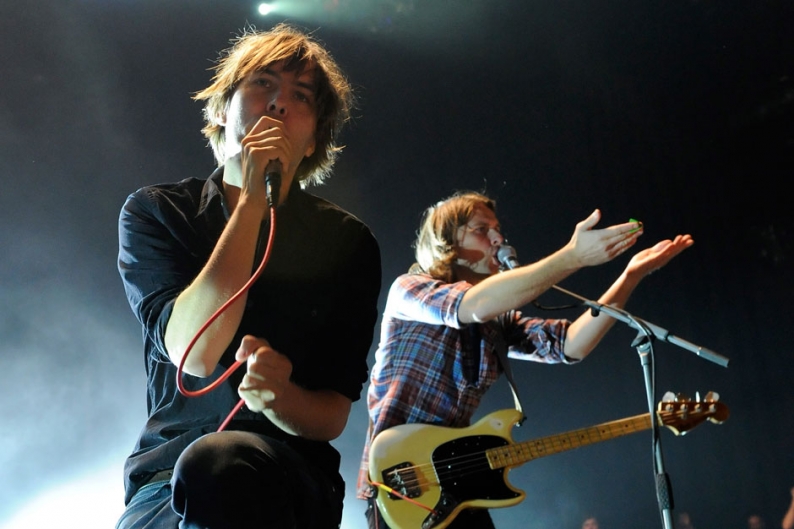 Phoenix’s upcoming fifth album may be titled Bankrupt!, but the French pop outfit are planning a wealth of extras for the highly anticipated LP’s deluxe edition.

According to a tweet from the Wolfgang Amadeus Phoenix rockers, fans who pre-order Bankrupt! through iTunes will get “71 demos & sketches from the bankrupt sessions!” That adds up to more than an hour’s worth of bonus material. For context, the actual full-length features 10 tracks and clocks in at 41 minutes. For a list of all the snippet-sized goodies, head over to the band’s Facebook.

Quite a hefty package for $12.99, but even with all that added insight, we’re pretty sure the video for lead single “Entertainment” still won’t make any sense.

Bankrupt! drops on April 23 via Loyaute/Glassnote Records. A couple of weeks before the record’s release, Phoenix will serve as musical guests for the April 6 episode of Saturday Night Live, with host Melissa McCarthy.