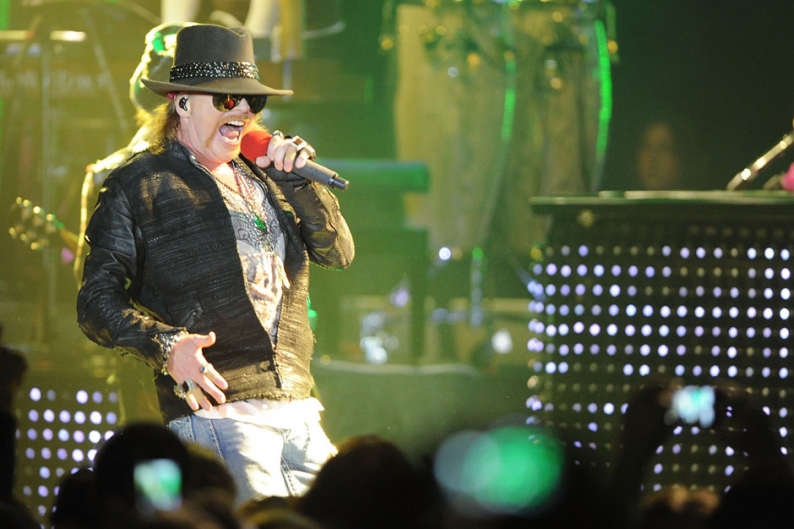 Rose filed a $20 million claim against Activision in late 2010, accusing the corporation of fraud and breach of contract. The lawsuit alleged that Rose only approved the use of GN’R’s “Welcome to the Jungle” in Guitar Hero III: Legends of Rock because Activision agreed they would not include any songs by Velvet Revolver, a band featuring several ex-GN’R members, including guitarist and Rose’s apparent nemesis Slash. Not only did Guitar Hero III feature several tracks by Velvet Revolver, but it also allowed fans to play as an avatar of Slash. The top-hatted guitarist even appeared on the October 2007 release’s cover.

In August 2012, a judge tossed out Rose’s fraud claim because the notoriously tardy singer waited too long (a full three years) to file the complaint and missed the two-year statute of limitations. The court agreed to assess the breached contract accusation, but as SPIN reported earlier this month, it looked as though the “Jungle” star’s lateness was going to cost him that case as well. Now it’s official: After hearing more than two hours of arguments (a small portion of a years-long feud between Rose and Slash) Judge Palmer has thrown out the remaining causes of action.

In a deposition, Rose said he waited so long to file the lawsuit because Activision offered him “a separate video game and other business proposals worth millions of dollars to resolve and settle” the dispute. According to the 51-year-old trading card icon, the company suggested several projects, including a potential GN’R-themed Guitar Hero game and another entry in the series that would be focused on songs from Chinese Democracy.