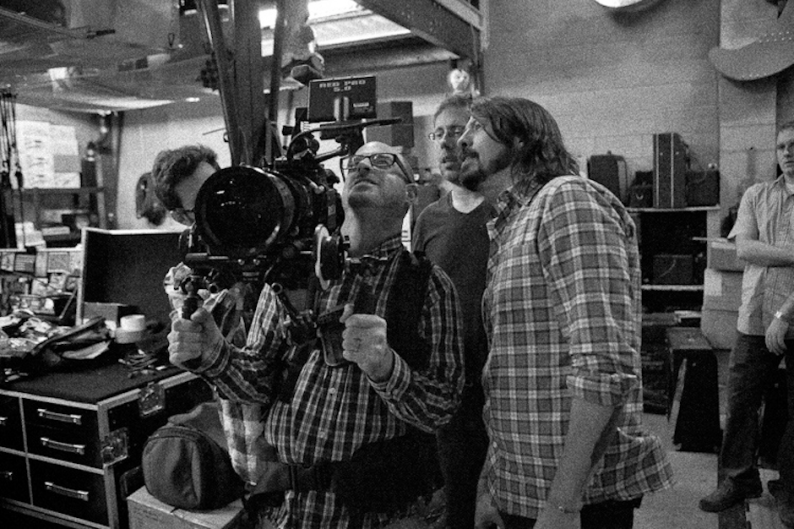 Dave Grohl has scheduled a concert to mark the premiere of his Sound City documentary this month at the Sundance Film Festival. A new Grohl group called Sound City Players will make its live debut on January 18 during the festival in Park City, Utah, the Foo Fighters frontman and former Nirvana drummer has confirmed. According to an announcement, the ensemble includes “core musicians and special guests” from Sound City, Grohl’s feature-length directing debut.

Outside of Sound City, Grohl has been no less prolific in his collaborations. He has recently been seen covering Led Zeppelin with Foo Fighters, directing a Soundgarden video that involves Deadmau5, backing up Bob Mould, and drumming for the next Queens of the Stone Age album. At this rate the only way the membership of Sound City Players could surprise us would be if Kanye West and Kim Kardashian showed up to make Grohl their baby’s godfather.