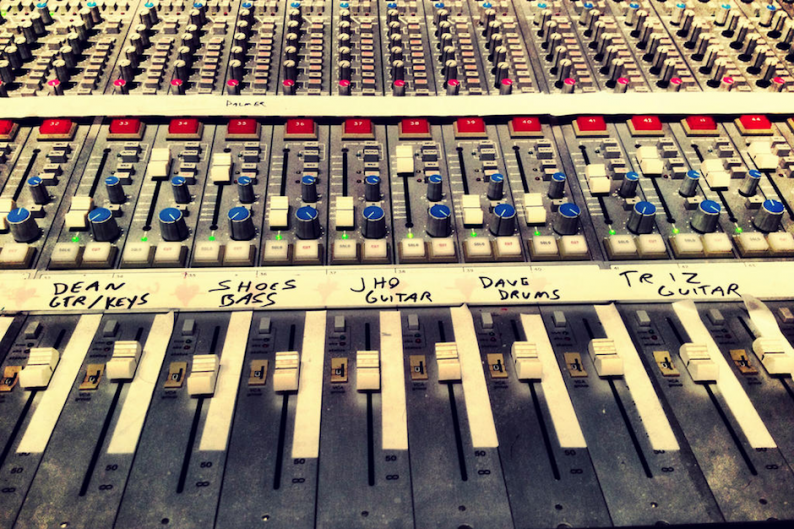 Queens of the Stone Age keep dribbling out clues about their forthcoming sixth album. Dave Grohl plays drums on the record, Trent Reznor is “helping out,” and estranged former QOTSA member Nick Oliveri evidently sings on a track. In a recent BBC Radio interview, frontman Josh Homme waxed a bit poetic, saying the new LP “basically sounds like you’re running in a dream the whole time,” and now the band is building on that description.

In a letter to Mojo, QOTSA reiterate the struggles that led to their upcoming record, suggesting it’s a product of “manic and unpredictable” times, but that “even a bad event can turn into an unforgettable song.” The letter continues: “The record sound [sic] like running in a dream inside a codeine cabaret. I hope you understand what that means, cause we don’t.”

The letter also compares the album, which is set for the first half of 2013, to a “journey up the river.” Read the full text below, but it’s worth clicking through to Mojo’s Tumblr to see the block-letters version, which has a hand-written look and accompanies an image of an eyeball, bleeding, with a clock turned to midnight where the iris and pupil should be. Obviously.

A STITCH IN TIME WILL SAVE YOU 9, BUT…

THERE’S NO WAY WE COULD HAVE PREPARED FOR THE JOURNEY UP THE RIVER THAT IS THIS ALBUM. IN OUR GRAND PLAN, WE ENVISIONED OUR LIVES AND RECORDINGS RUNNING LIKE CLOCKWERK. HOWEVER, THE REALITY HAS BEEN MANIC AND UNPREDICTABLE. THESE SONGS AREN’T RECOLLECTIONS OF TIMES WE HAD. THEY ARE DEPICTIONS OF WHAT WE ARE GOING THROUGH IN REAL TIME. IT MEANS EVEN A BAD EVENT CAN TURN INTO AN UNFORGETTABLE SONG. AT LEAST FOR US, HA. THE RECORD SOUND LIKE RUNNING IN A DREAM INSIDE A CODEINE CABARET. I HOPE YOU UNDERSTAND WHAT THAT MEANS, CAUSE WE DON’T. SOUNDS LIKE A LOAD OF PRETENTIOUS SH..! WHAT? GOTTA GO, THE THERAPIST SAYS OUR TIME IS UP… QUEENS OF THE STONE AGE