Miguel Digs Up Rough Cuts ‘Bawdy’ and ‘On These Wings’

Two unreleased songs can be downloaded for free 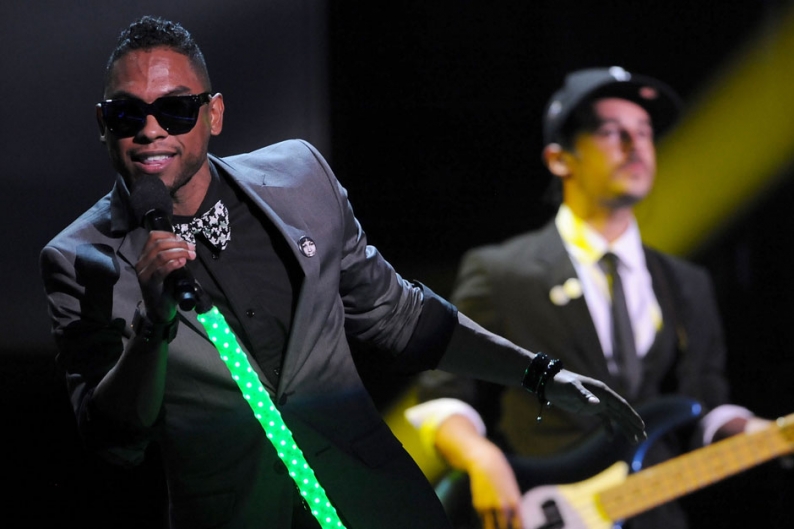 Miguel’s had a big year. His sophomore LP Kaleidoscope Dream is sitting comfortably on the majority of Best Albums of 2012 lists, including SPIN’s, and the Alt R&B singer scored five Grammy nominations, including a Best Song nod for “Adorn.” To wrap up what’s been a pretty fruitful 2012, Miguel dropped a pair of unreleased tracks over the weekend (December 15) — “Bawdy” and “On These Wings” — on his YouTube page, where you’ll also find links to download both songs (via MTV’s RapFix).

Neither song is cut from the same cloth as Kaleidoscope Dream; they are more likely rough sketches that predate the album. “On These Wings” is a nice slice of King of Pop-by-numbers, while the dancefloor vibe found on “Bawdy” would have fit well on Miguel’s debut All I Want Is You. Given how much we’re all clamoring for new music from this breakout artist, we’ll gladly listen to his unearthed old stuff until then.