Songs for the somnambulists 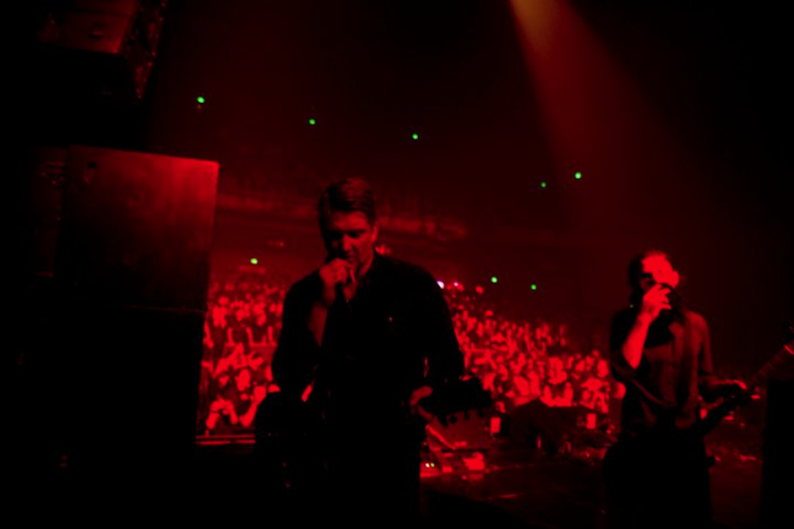 Josh Homme has shed a little more light on Queens of the Stone Age’s upcoming sixth album. In a BBC Radio documentary (via Antiquiet) about the band’s 2002 classic Songs for the Deaf, the QOTSA frontman also answered a couple of questions about the in-progress full-length. “I think this record is a little more lyrically vulnerable, but I also think it’s sort of musically deeper and richer, and it’s a little bit stranger,” Homme told host Zane Lowe, in comments starting around the 54-minute mark.

Homme pointed to “a lot of struggles going on,” but he’d just been discussing how he felt that actual reality shouldn’t intrude on the “utopian” reality of the band’s music, so he didn’t elaborate and Lowe didn’t press him. “This record basically sounds like you’re running in a dream the whole time,” Homme said. That’s a promising description, for sure.

Still, QOTSA have had moments of strangeness ever since their 1998 self-titled debut, Lowe noted. “But also feel like hopefully it’s all with a spoonful of sugar, because at the end of the day, hooks are all I really care about,” Homme said. “For years, I’ve been pulling every trick I know to wrap hooks in strangeness. And I guess the final trick I have is no trick at all.” Boom.

QOTSA’s next album might not have any tricks, but it will have at least a couple of noteworthy guests. Dave Grohl, who plays drums on the record as he did on Songs for the Deaf, has suggested we can expect drumming that’s “completely ridiculous.” Trent Reznor’s also on board, and evidently so is former bassist Nick Oliveri. Add Mark Lanegan, and you’d have a reunion of the full Songs for the Deaf lineup. Unfortunately, Homme didn’t comment on that in his BBC Radio interview.