Rocky: "I love to find any excuse to act ratchet" 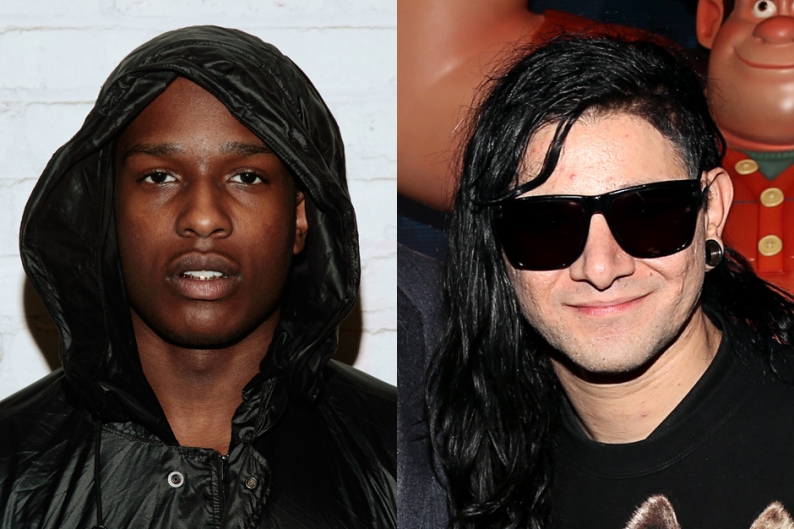 Earlier this week, we heard the since-yanked “1 Train,” a massive posse cut from A$AP Rocky’s much-anticipated January 15 LP, Live.Long.A$AP. While that one was a rugged Wu-style banger featuring wall-to-wall couplets from the likes of Kendrick Lamar, Danny Brown, Big K.R.I.T., and others (plus Yelawolf, who brags about “huddl[ing] with Nubians”), an even newer track displays a far different side of the upcoming album.

“Wild for the Night” finds A$AP the only (occasionally pitch-modified) voice on a darkly bubbling Skrillex production. EDM’s crown prince plays it relatively subtle, channeling his electronics mastery into a genuinely dub-inspired bounce laced with tons of crunk-style effects. While others have already coined the term “trapstep,” it might be easiest to describe the inspired team-up as something that’d be perfectly at home within Diplo’s border-blurring Mad Decent stable.

“We were friends way before we did the record,” Rocky recently told MTV News. “I used to hang out with [Skrillex] and go to downtown raves and stuff like that. He’s a cool cat, and for him to be so successful, he doesn’t act like it, and I like that. [So] he had a show and we were in there raving and acting crazy — I love to find any excuse to act ratchet, any reason and I’m gonna be wylin’ — so we went to the studio and it was just organic, we was just chilling.”