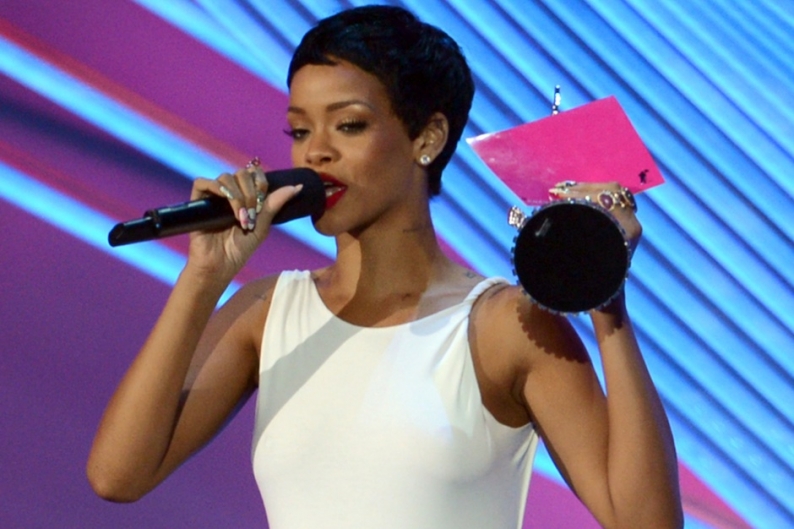 While it was easy to overlook last night amid all the ass-grabbing, seizure-inducing lights, and super furry animal costumes, MTV actually gave out some trophies at the 2012 Video Music Awards ceremony. Rihanna brought home top honors, with her Calvin Harris collaboration “We Found Love” winning Video of the Year, though the corporate-speaking scamps of One Direction stole her thunder by scoring three Moonmen, including Best New Artist. The “Wonderwall”-covering lad band also won Best Pop Video and Best Share-Worthy for their sappy soft rocker “What Makes You Beautiful,” which our VMA live blog compared to Sheila E’s 1985-VMA-nominated “Glamorous Life.”

M.I.A. and Chris Brown were the other multiple-award winners, racking up two awards apiece. Moonmen also went to Drake, Nicki Minaj, Demi Lovato, and Coldplay, while Beyoncé, Skrillex, and Katy Perry each notched honors in technical categories. And no, the Black Keys did not get the Moonman for “Lonely Boy,” cruelly depriving their video muse Derrick Tuggle of another dancing opportunity.