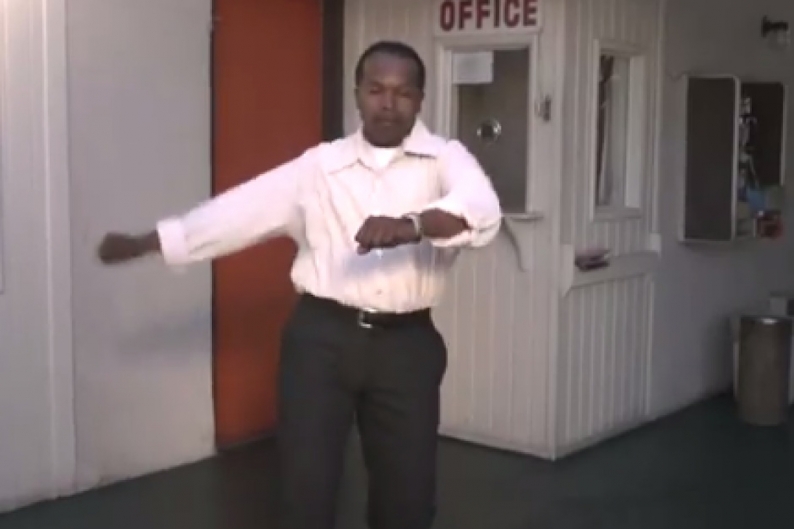 Last October, the Black Keys posted “Lonely Boy,” the surf-flecked first single from their then-upcoming album El Camino, in the form of a bare-bones video that shows a lone man outside a motel room busting a move. Within a couple of days, the video had racked up more than 600,000 YouTube views, and the dancer was revealed to be a 48-year-old actor, musician, and part-time security guard named Derrick T. Tuggle. Well, that video is now heading on 18 million views, and MTV reports Tuggle is set to join the Ohio rockers at the MTV Video Music Awards on Thursday.

The Black Keys’ drummer Patrick Carney recently thanked Tuggle and invited him to the award ceremony, where “Lonely Boy” is up for Best Rock Video, the now-internet-famous dancing dude told MTV. “I’m going to bring something a little different,” Tuggle is quoted as saying. “It’s pretty great. Usually, I’m on the other side of these thing. I just did the ESPY Awards at Staples Center, working security.” Maybe someday he’ll actually get inside that “Lonely Boy” motel room.

Don’t ask Tuggle to sell the Black Keys’ competitors short, however. Other nominees for Best Rock Video include such boldface names as Linkin Park, Coldplay, and Jack White. “I like Linkin Park’s music, Coldplay are great too, and Jack White is good, even if I’m not sure he can dance,” Tuggle told MTV, though of course he said he’s been pushing for “Team Keys.”

And if “Lonely Boy” wins? “If they have me up there, maybe I’ll do a little acceptance speech,” Tuggle told MTV. “And I’m always ready to dance at a moment’s notice.” Lonely no more, and what a mighty good man.