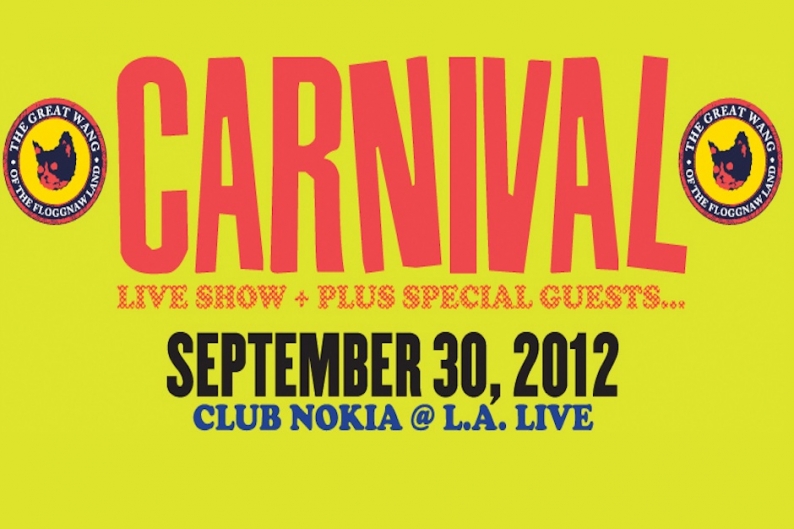 The members of the hip-hop collective Odd Future have announced they’ll be holding a carnival at Los Angeles’ Club Nokia on September 30, following a month-long U.S. tour (see the dates below). For the big event, which will feature performances by Odd Future, the Internet, Trash Talk and others, the crew has picked carnival games, rides, prizes and food. The group is offering two deluxe carnival packages on its Camp Flog Gnaw website, one of which offers, among other things, early access to the carnival, a chance to “hang with Odd Future,” and “free tacos” (though it does not clarify whether or not they mean Odd Future member Taco Bennett). As part of that same $250 package, you can also watch the group in all of its fashionable grandeur” from the photo pit and you receive a photo book sometime after the event.

Naturally, this tour and carnival line up perfectly with all of the camp’s goings on in this particularly busy year. Hodgy Beats’ and Left Brains’ Mellowhype project Numbers will come out on October 2, and their labelmates in Trash Talk will release a new album, 119, on October 9. And, of course, singer Frank Ocean is still making headlines both for the release of channel ORANGE (which we loved and Target didn’t) and for cancelling a tour with Coldplay. Meanwhile, the prodigal Earl Sweatshirt is plotting a solo album, some Odd Future members are exploring their funny sides and Tyler the Creator keeps popping up in video form and leaked songs. Who knows what they’ll have done by the time the carnival comes around?