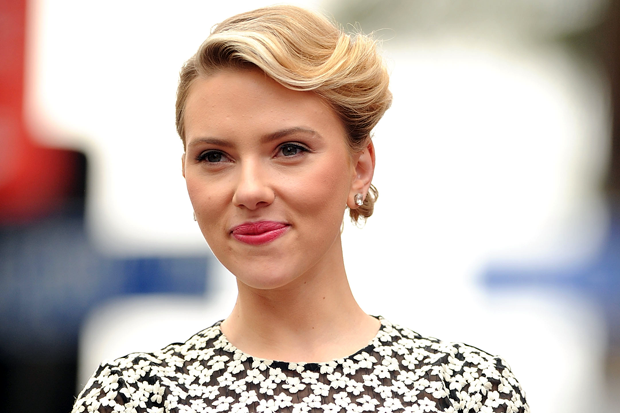 The idea of Scarlett Johansson as Brigitte Bardot is not exactly new. When Pete Yorn was hyping up his meh 2009 collaborative album with the Avengers actress, which the two recorded more than five years ago, he said the inspiration was French lounge-pop maestro Serge Gainsbourg’s 1968 Bonnie and Clyde LP starring the actress and model Bardot. A snippet of Johansson’s rendition of the album’s classic-duet title track, joined by Serge’s son Lulu Gainsbourg, made the online rounds nearly a year ago, but so far high-quality audio of the track has just been available as a European import.

Johansson’s “Bonnie and Clyde” team-up with the younger Gainsbourg finally came out on iTunes today, ahead of Lulu Gainsbourg’s full Serge tribute album From Gainsbourg to Lulu, which lands on U.S. shores October 30 via MBM Records. Lulu’s half-sister, the actress and singer Charlotte Gainsbourg, has carved out an eminently worthy musical niche for herself on such albums as 2009’s Beck-produced IRM, so there’s already evidence the elder Gainsbourg’s gifts haven’t entirely skipped a generation. And From Gainsbourg to Lulu, a collection of Serge covers played and performed by Lulu (who’s making his full-length debut), boasts an eye-popping roster that also includes collaborations with Rufus Wainwright, Iggy Pop, Johnny Depp, and more. (Sadly, Lou Reed and Metallica don’t appear to have been involved.)

Now, Johansson’s breathy, limited range has combined with her Hollywood stature to produce some utterly horrendous music — her cover of Jeff Buckley’s “The Last Goodbye,” say — as well as some unexpectedly rewarding moments, particularly on her collaborative album of Tom Waits covers with TV on the Radio’s Dave Sitek (read Match Points: Ranking Scarlett Johansson’s Unlikely Musical Pairings). And clearly, anyone who tried to belt out “Bonnie & Clyde” American Idol-style would be missing the point to a ridiculous degree. But Lulu’s cover of his father’s song is faithful bordering on the creepy, all note-for-note perfection without that certain essence. And Johansson’s purred contribution, while appropriately Bardot-ish, pales beside the original like Pete Yorn next to, well, Serge Gainsbourg. Inevitably, Johansson delivers the French-language lyrics in English. She of all people should understand that sometimes things get lost in translation.

Stream “Bonnie & Clyde” and two other From Gainsbourg to Lulu tracks here, or listen to a slightly lower-quality stream below.