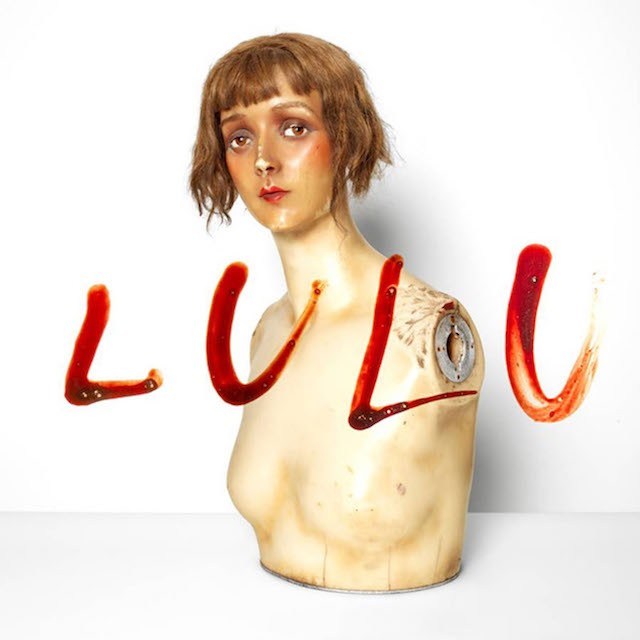 Though it seems an unlikely collaboration, both artists involved here share the important distinction of riding the genius/joke line for more than half their careers. They met last year when Metallica played backup on “Sweet Jane” at Reed’s Rock and Roll Hall of Fame induction, and that’s mostly where this collaboration settles: blunt, ’70s-style hard rock. Reed babbles like he’s leaving a frustrated voice mail, while Metallica vamps. Later, Reed shouts, “C’mon, James!” and James Hetfield takes what I think is supposed to be a noise-guitar solo. Beats thud, chords chunk.

The aim seems to be to take the house down to the studs, to get loose. Reed’s biggest genius/joke is his uncanny vulnerability, which sometimes comes through — especially on the meditative “Junior Dad” — but often gets buried in 11-minute-long songs that stop relatively close to where they started. Metallica, meanwhile, don’t always know what to do with the freedom granted them. The result is gorgeous, hilarious, eerie, and, after 90 minutes, exhausting.

It would be blatant cultural prejudice to assume Reed is clowning Metallica for being self-serious metalheads or that Metallica is paying Reed lip service because he’s a Historical Rock Poet. Like, are Lars and James insulted or flattered when Reed refers to them as his “power team” in a video trailer? Who knows. You can’t understand narcissists this complete; you can only watch from afar, arms crossed, eyebrow raised.