Plus: Nas, JEFF the Brotherhood, Lionel Richie (with two guys from Good Charlotte?!), and clean-shaven Matisyahu 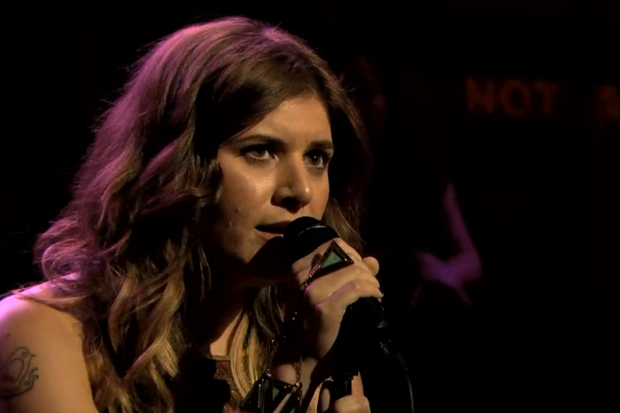 Fleetwood Mac comparisons are inherently overblown. The Los Angeles pop-rockers’ luxurious legend and staggering sales belong to another era; groups held up to them, from Rilo Kiley to Best Coast, deserve to be taken (or not) on their own unique merits. The Mac’s Stevie Nicks-led “Storms,” though, a deep cut from 1978’s famously coke-hollowed double-LP Tusk, casts Bethany Cosentino in an appropriately bewitching light: No one, after all, slams Stevie for being overly codependent in her songs.

Cosentino, who appears on SPIN’s latest cover alongside Wavves’ Nathan Williams, sang “Storms” last night on Late Night With Jimmy Fallon like it was one of her own songs. And it almost could’ve been: Best Coast’s excellent, Jon Brion-produced new album, The Only Place, shines with sunny Southern California imagery, but as on L.A. transplant Frank Ocean’s Pharrell-assisted “Sweet Life,” the beach is partly there to distract from a deep pain. Which, in Cosentino’s case, tends to involve a level of soul-crushing romantic longing that can seem quaint. “Storms” has both, the “blue calm sea” and the broken heart.

Best Coast’s cover of the Nicks ballad, the B-side of the album’s first single and one of two Mac covers recently by the group, shows that you don’t have to be Patsy Cline to be completely destroyed by love — as another figure of L.A. lore might put it, strong women also cry. Live, in a tender yet forceful three-piece arrangement, Cosentino blows you away.

Nashville rockers JEFF the Brotherhood brought the sun- and fuzz-soaked “Sixpack,” from their new Hypnotic Nights, to Late Show With David Letterman (via the Audioperv).

Um, Lionel Richie sang his 1977 smash with the Commodores, “Easy,” on the Tonight Show with Jay Leno — backed, improbably, by Joel and Benji Madden of pop-punks Good Charlotte (via the Audioperv).