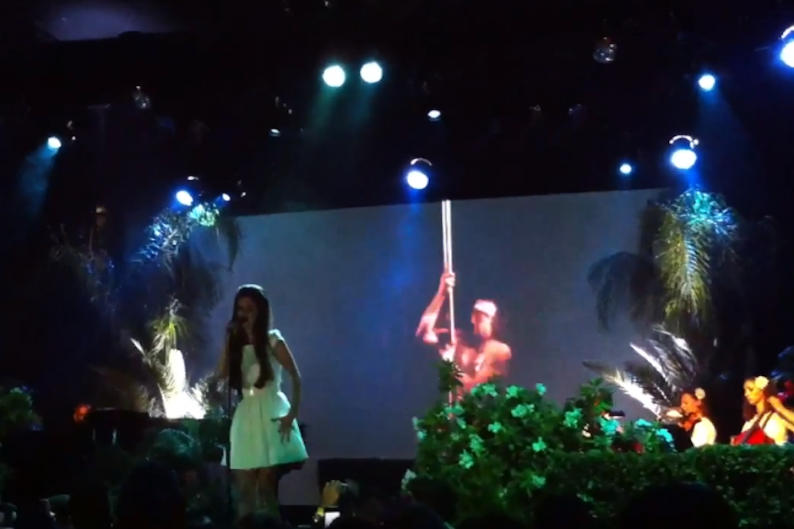 It’s easy to forget Lana Del Rey’s fateful SNL performance took place just five months ago, in January. So much has happened since then. She’s played David Letterman and Jimmy Kimmel and continued to make television appearances in Spain and the U.K. with far less fanfare. This past weekend, she began a residence at Los Angeles’ El Rey Theatre and last night she debuted the brand-new “Body Electric” (fitting, since that’s her Twitter bio). Perhaps it’s the luscious jungle foliage surrounding her and her string quartet onstage, but “Electric” seems to showcase a more accomplished LDR. It’s got a maudlin, evening-wear Nirvana vibe in a way (as one YouTube commenter put it, it’s very Unplugged-reminiscent). “Off to the Races” seems so far away in comparison! Check out the performance below, then see if you can snag scalped tickets to her Irving Plaza dates this upcoming weekend (June 8-10), when Del Rey moves her residency to New York City.