'Born to Die' still sounds the same, but the meta-story only keeps getting more interesting 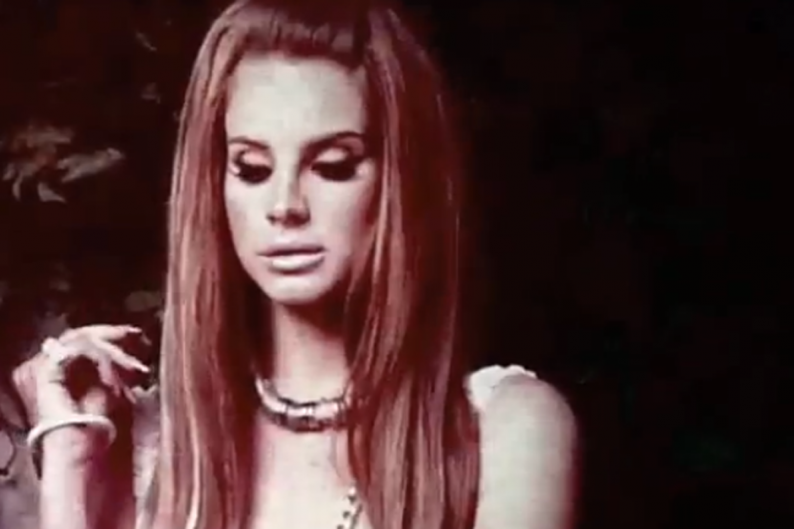 Lana Del Rey, after a promotional blitz that saw her performing songs from Interscope debut Born to Die on Saturday Night Live, Late Show With David Letterman, and Jimmy Kimmel Live!, has been uncharacteristically coy lately. A few weeks ago, a video teaser for a collaboration with fellow Internet-to-major phenom A$AP Rocky made the usual online rounds, but the finished track has yet to surface; in the meantime, she’s been performing on European TV and piecing together new YouTube videos. Del Rey’s flirtations with the limelight may signal a change from her earlier embrace of it, but they also ensure her meta story keeps growing only more fascinating. How can her actual musical output compete?

Del Rey’s recent appearance on Spanish TV’s Buenas Noches y Buenafuente (via Oh No They Didn’t) illustrates her unusual predicament. The singer’s Betty Boop vocals don’t gain in range, whether musical or emotional, but she puts across Born to Die highlight “Video Games” forcefully, in what might be her best performance of the song yet, joined by piano, strings, and understated, jazzy guitar. She almost smiles at the end. But at least as head-turning is the performance is the setting, where her hosts switch costumes, banter with a guy holding an oversized plastic flamingo, and wander off into the crowd to hand off a copy of her record on vinyl. (She’s also reportedly set to appear on U.K. show The Voice on April 29.)

Much the same goes for her “Carmen” video, a deeply retro affair that blends old footage of strippers and Mad Men-era TV hosts with shots of Del Rey herself riding through New York City on the back of a motorcycle with a guy who talks mean to her. “Baby’s all dressed up with nowhere to go,” she sings over the lushly orchestrated backing. Del Rey’s aesthetic has been compared to that of David Lynch, and although the connections are mostly superficial at this point, it’s tempting to think of this singer-songwriter, born Elizabeth Grant, as the Laura Palmer of her own Twin Peaks: She’s everywhere we look, but we rarely if ever really get to see her.