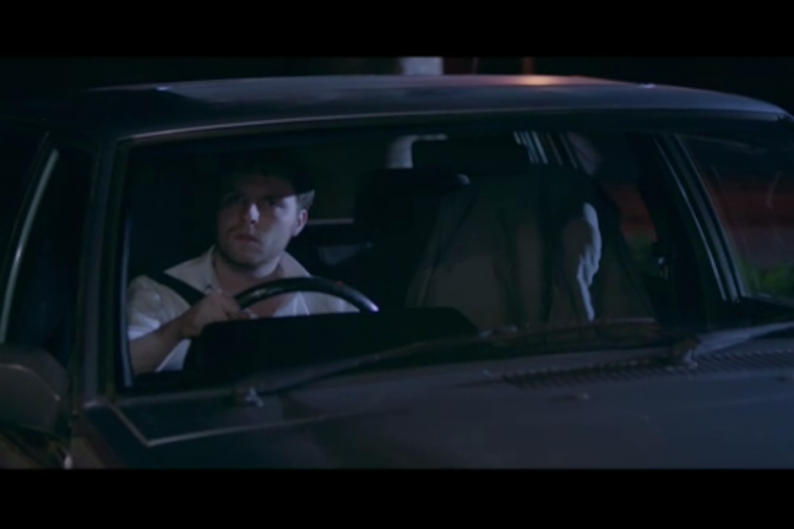 “As a basic thing,” masked London DJ/producer Aaron Jerome told us several months ago, “electronic music is not based on some personal life story. The majority is this imaginary universe of sound.” From last year’s Drive soundtrack to this week’s sudden release of Chromatics’ Kill for Love, imagery involving shadowy nighttime car chases has become a bigger part of pop’s universe lately, and Jerome’s most recent video as SBTRKT is the latest superb example.

From SBTRKT’s engrossing 2011 self-titled debut album, “Hold On” is a model of the whole project’s slinky, emotive charms. Though Jerome isn’t shy about deploying deeply reverberant low-end, his house-R&B hybrids have more in common with the work of Young Turks labelmate Jamie xx than with much American dubstep. This particular song sets vocal collaborator Sampha’s James Blake-like croon to an intricately textured breakup song built out of glockenspiels, thumb piano, and a distantly thudding pulse. It’s cerebral without losing its heart.

The MTV-premiered video dramatizes that relationship-crumbling scene and adds to it a tense nighttime drive through the British suburbs. Directed by Sam Pilling, who also oversaw clips for Usher’s anguished “Climax” and SBTRKT’s own “Pharoahs,” the “Hold On” video follows a scruffily bearded guy as he tries to chase after a woman who ignores him (“You’re giving me the coldest stare, like you don’t even know I’m there,” Sampha repeats, his voice flaring into falsetto). Perhaps because our bloke has been put on hold, the actions begins to repeat itself about halfway through, adding a spooky quality that suits the song’s eerie futurism. Keep your eyes on the road, your hands on the wheel, until where we’re going, we don’t need roads.