See Usher Get His Gun in Tortured ‘Climax’ Video 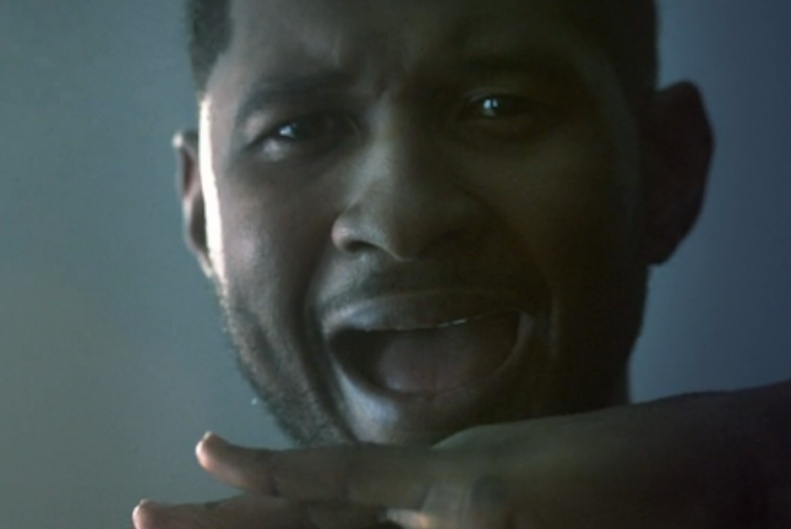 “Climax,” it’s been observed since Usher celebrated Valentine’s Day with a Diplo-produced new song of that title, isn’t a particularly sexy word. Then again, neither is “promiscuous,” though Nelly Furtado’s Timbaland-produced song of that title happened to be one of the most aggressively lustful hits of 2006 (does that help our case or hurt it? We say helps!). Probably among the least sexy things in the world, for women and the men who love them, are the inevitable attempts by recent ex-boyfriends to reestablish contact. And yet here we are.

This exquisite electro-soul ballad, as we’ve discussed at considerable length, puts Usher’s gorgeous falsetto over pillowy, dubstep-kissed backing that expertly achieves a feeling of a relationship in limbo. The silkiness of the track, not to mention the orgasmic connotations of the title, make it easy to interpret its lyrics as referring to a couple bound only by sex, going at it one last time — and making it the peak of their time together — right before the romance crumbles. (You know, sort of like when Michael kept trying to leave blind Julia Louis-Dreyfus’ house in Arrested Development.)

The newly posted video, however, shows a breakup that has already happened, as Usher sits outside his ex-girlfriend’s house with a gun in the glove compartment. He’s begging. He’s imploring. He’s peering into our souls. But we’ll give you no resolution until you watch the video.