Will Madonna Bring M.I.A. and Nicki Minaj to the Super Bowl? 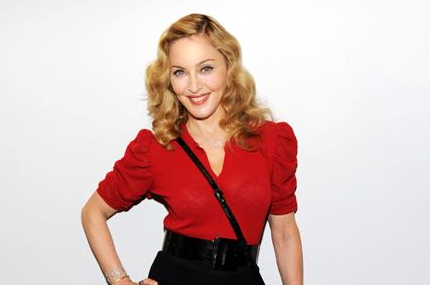 On Sunday night, the NFL and NBC officially confirmed what had been speculated for months: Madonna will be performing at her first Super Bowl. According to a a press release, the Material Girl’s February 5 halftime show will be “imagined” by Cirque du Soleil and Madonna’s longtime choreographer Jamie King. What remains unclear, however, is whether anyone else will join the pop icon onstage — like, say, apparent collaborators M.I.A. or Nicki Minaj.

There’s reason to hope, at least. Super Bowl XLVI comes at a big time for Madge. Two days later, her historical romance film W.E. is set to hit theaters. And Madonna’s manager Guy Oseary has revealed on Twitter that the star’s first album since 2008’s Hard Candy should be out in 2012. Though official confirmation has yet to arrive — a common theme with Madona news, it seems — M.I.A. has tweeted that she and Nicki Minaj will appear on “Give Me All Your Love,” a new, William Orbit-produced Madonna song that surfaced online, ostensibly in demo form, early last month. (Oseary was not happy, tweeting: “Madonna told me this morning ‘my true fans wouldn’t do this.’ Whoever is responsible for this leak, we ask that you please stop!”)

A Super Bowl collaboration wouldn’t be out of the question for M.I.A. or Minaj. Though the London pop provocateur has been quiet of late, unveiling only an Amy Winehouse tribute track and lost song “Zig-Zag” since last year’s New Year’s Eve mixtape Vicki Leekx, she certainly has a flair for the big, dramatic statement — she made baby bumps a live-show must three years before Beyoncé. As for Minaj, the New York MC is set to release second album Pink Friday: Roman Reloaded on February 14, and she’s in the midst of a multi-media blitz that also involves a voice role in an upcoming animated movie and a wide range of product tie-ins. Both sound like potential Super Bowl guests to us.

The big event at Lucas Oil Stadium in Indianapolis follows a 2011 Super Bowl that was the most-watched American TV show ever, with an average audience of 111 million viewers, according to Nielsen ratings. This year’s Super Bowl also offered precedent for bringing out guest performers: The Black Eyed Peas were joined by Usher and Guns N’ Roses guitarist Slash. As for Madonna, the once-controversial singer’s performance comes after years of halftime shows by artists who were arguably safer bets to avoid a repeat of 2004’s Janet Jackson-Justin Timberlake “wardrobe malfunction” mess: The Who (2010), Bruce Springsteen (2009), Tom Petty (2008), Prince (2007), the Rolling Stones (2006), and Paul McCartney (2005). Still: Can Cirque du Soleil imagine anything grander than Prince’s phallic guitar?